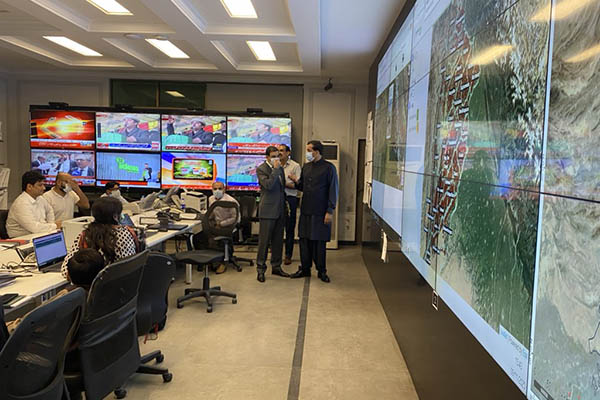 The Ministry of Climate Change on Monday announced it had established a “Smog Control Room” in Lahore to monitor the health hazards posed by smog in various parts of Punjab province during the winter season.

In a separate media interview, he said the Control Room would also maintain a constant check on the Air Quality Index in Punjab in the coming days, especially Lahore, which is often listed among the worst or second worst polluted cities of the world during the winter season.

Aslam also said that the government was working to provide new technology to farmers to discourage crop burning, which has been cited as a major reason for the rise of smog during the harvesting season. He said the new seeders being provided to farmer would convert the paddy crop residue to organic fertilizer and boost the fertility of farmlands.

Under the Mechanized Management of Rice Crop Residue, he said, the government was spending Rs. 30 billion to provide 50,000 units of rice straw shredder to farmers.

On Wednesday, Punjab capital Lahore had an average Air Quality Index of 213, according to IQAir, which is deemed “very unhealthy.” Additionally, major cities in Punjab such as Faisalabad, Gujranwala and Multan also reported “very unhealthy” to “hazardous” air quality, posing a serious threat to the health of citizens.