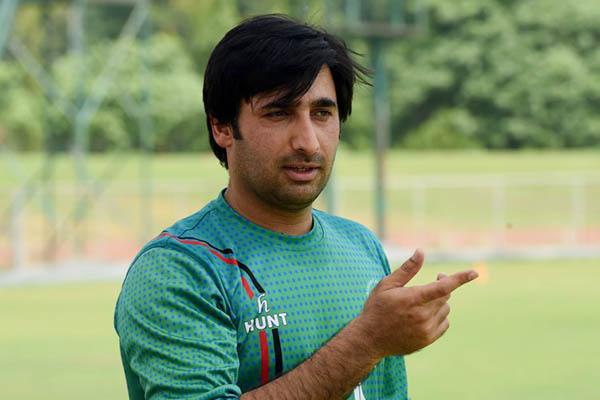 Afghanistan’s cricketers hope to lift a nation pounded by decades of conflict when they proudly take their place as only the 12th Test nation next month.

The match from June 14 against India in Bangalore will cap one of the great sporting fairy tales after players from the war-torn nation rose from refugee camps to join cricket’s elite.

As Islamist attacks regularly shake their homeland, captain Asghar Stanikzai said his team are suffering too—but are also motivated to give the country something to cheer. “It is very difficult. We get very sad when we hear about attacks in our country,” Stanikzai told AFP at the team’s training base near Delhi. “But we don’t lose our morale, we will try even more to win because the whole nation will be waiting for us to win, the whole nation will be very happy when we win.”

Stanikzai, 30, added with a smile: “Our wins give energy to the Afghan nation. We will try to change their sorrow to happiness.”

Afghanistan secured their prestigious Test status last year along with Ireland, who are playing their debut five-day match against Pakistan in Dublin. Since gaining ODI status in 2009 the Afghans have made giant strides, reaching the 50-over World Cup for the first time in 2015.

It was no flash in the pan: Afghanistan also qualified for next year’s World Cup by topping the 10-team qualifying tournament in Zimbabwe, beating West Indies in the final.

After a generation of Afghans learned cricket in refugee camps in Pakistan, the game has quickly taken hold, and domestic competitions include a popular T20 tournament which began in 2013. Afghan cricketers are also becoming world-beaters, with prolific teenage spinner Rashid Khan now one of the sport’s hottest properties.

In March, the 19-year-old became the fastest bowler to reach 100 one-day international wickets, and he is currently the world’s top-ranked bowler in T20 internationals. Khan, one of a handful of Afghan players in this year’s Indian Premier League, has been one of the competition’s best bowlers with 13 wickets after Sunrisers Hyderabad snapped him up for $1.41 million.

Some sheen has been taken off Afghanistan’s five-day debut as India’s regular captain Virat Kohli is skipping the occasion to play county cricket for Surrey.

Critics have questioned Kohli’s move, but Stanikzai insists Afghanistan are not focused on any one player. “All Indian players are good and everyone is [a similar standard to] Virat Kohli. I believe we are playing with Team India and not with Virat Kohli,” said Stanikzai.

Even without Kohli, Afghanistan seems unlikely to trouble the world’s number one Test side but Stanikzai says the conditions will suit his team. “Indian conditions are good for spin and we are lucky to have good spinners,” said Stanikzai. “Our batsmen are in good form. In the last three or four years our team combination is good. We will try and play good and positive cricket. Winning and losing does not matter.”