Home Lightbox Sorrows of the Hazara

Sorrows of the Hazara 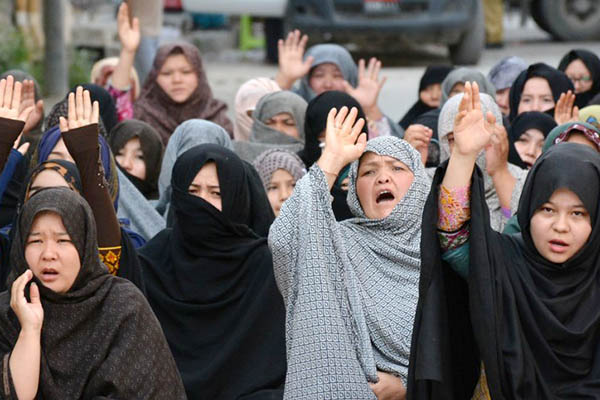 The ethnic community is paying the price for Pakistan’s mistakes

On May 1, Chief of Army Staff Gen. Qamar Javed Bajwa met members of the protesting Hazara community in Quetta and commiserated with them over a recent wave of attacks targeting their group. The protesters, once again, called off their sit-ins in various parts of the Balochistan capital after putting on record their unceasing suffering at the hands of various foreign and local terrorist organizations, seemingly without much resistance from the government.

The ethnic Hazaras are as indigenous to Balochistan as anyone else. They have been here since at least the 1880s, long before Partition. The almost deliberate administrative chaos of the province has exposed them to massacres by suicide-bombers and drive-by motorcyclists who also target a beleaguered police force with seeming impunity. The situation has gotten much worse over the past decade, with almost 1,500 Hazaras killed in such a short span of time. There are many reasons for what is happening to them. They are an upwardly mobile community, better than many others in educational achievement and culture. They are also primarily Shia, making it easy for the Sunni-dominated Taliban and Punjab-based Lashkar-e-Jhangvi to attack them, most recently in alliance with the similarly anti-Shia Islamic State militant group.

Balochistan province has been deliberately kept vulnerable to cross-border and local attacks through poor administration spanning decades. Almost half the posts meant for police officers stand empty because no one from outside the province is willing to serve in a region with few family facilities and no “hardship” allowance. Additionally, large swathes of the province have been designated as ‘B Area’ by the military, preventing any police presence or crime management. The military “constabulary” or “Levis” serving the B Area have no training in investigating crime and are unable to respond in the manner required to overcome criminal activities. Criminals of all stripes also prey upon police in Quetta, killing them in even higher numbers than the Hazara. This circles back to Pakistan’s backing, under Gen. Zia-ul-Haq, of “pro-Pakistan and Pashtun” forces in the Afghanistan civil war. Those same forces have become emboldened and are targeting the very state that once supported them. Tragically, with little progress in expanding the state’s writ over Balochistan, the killings will go on.