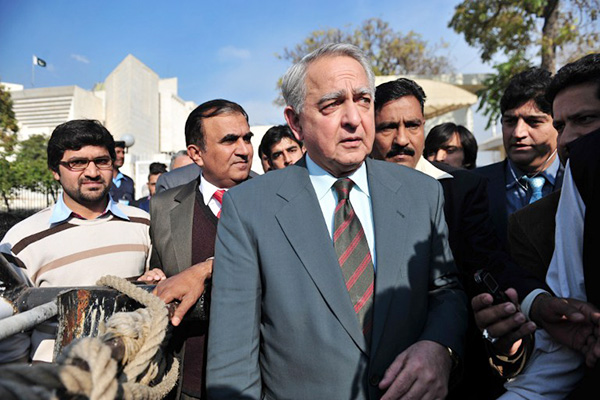 Pakistan’s Supreme Court on Tuesday sacked the head of the national anticorruption body, declaring his appointment unlawful, and asked the government to appoint a replacement quickly.

Former opposition leader Chaudhry Nisar Ali Khan, expected to hold a cabinet position in the incoming government, had filed a petition in court complaining that he was not consulted over the appointment of Fasih Bokhari as required by law.

Bokhari was appointed to the post of chairman of the National Accountability Bureau by President Asif Ali Zardari in 2011. In addition to the petition against his appointment, he has also been facing contempt-of-court charges for not taking action against former prime minister Raja Pervaiz Ashraf over controversial power projects.

Supreme Court Justice Tassaduq Hussain Jillani, heading a five-judge panel, issued a short statement ruling that Bokhari’s appointment had not been made properly. The reasons for the ruling would be “recorded later in the detailed judgment,” the statement added.

The appointment of Bokhari as NAB chairman was “without lawful authority and is set aside with immediate effect,” Jillani said. “The Federal Government is directed to make fresh appointment without further loss of time.”