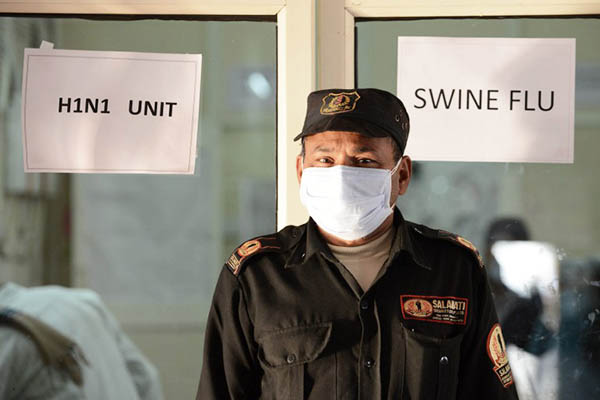 Over 400 people have been killed of the deadly virus since the start of 2015.

A Swiss tourist died Thursday of swine flu while visiting India, a local health official said, as the country grapples with an outbreak that has killed more than 400 people since the start of 2015.

The 70-year-old woman fell ill while visiting the western state of Rajasthan, a popular tourist destination that has been particularly hard hit by the latest outbreak. “She died in hospital. She tested positive for the H1N1 virus,” the chief medical officer for the Rajasthani city of Jodhpur Y. S. Rathore told AFP, referring to the swine flu virus.

The woman, whose full name has not been given, was visiting the state with a large tour group when she complained of flu-like symptoms and was admitted to a private hospital, where she was placed on a ventilator. The postmortem report into her death will be completed later Thursday, said Jodhpur police commissioner Ashok Rathore. No one at the Swiss embassy could immediately be reached for comment.

India’s health ministry said Wednesday that 407 people had died of swine flu since the start of the year, more than half of them in the first 10 days of this month. More than 5,000 cases of the disease have been detected, the ministry said. The government said it was reviewing procedures to prevent the disease from spreading further, including vaccinating medical staff working with affected patients.

Authorities in Rajasthan, where 117 people have died, have cancelled all leave for doctors, while in neighboring Gujarat state, panicked patients have been seen queuing outside hospitals for screening.

The World Health Organization declared the swine flu pandemic over in August 2010, more than a year after the H1N1 virus that emerged from Mexico sparked panic and killed thousands of people around the world.