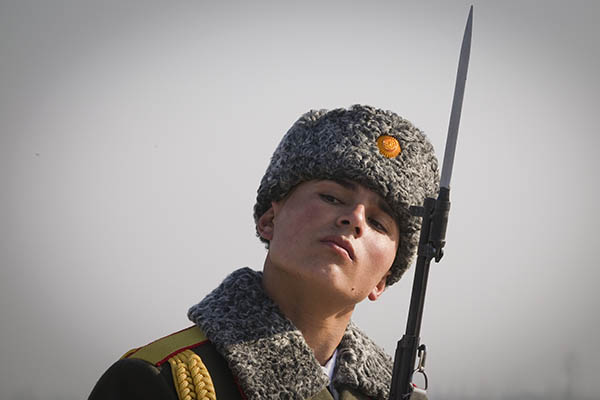 Police in Tajikistan arrested 10 people suspected of planning a series of attacks to destabilize the country ahead of presidential polls this year, an official said Saturday.

The suspects, mostly young men who “received training in Pakistan,” were seized and disarmed in the capital of Dushanbe, according to a representative of the Tajikistan interior ministry.

“They were preparing a series of blasts on government facilities in four districts of Dushanbe … a hostage siege, and subsequently the presentation of ultimatums to the authorities during the presidential elections,” the official said.

The suspected militants are Tajik nationals and have received training in Waziristan, a region bordering Afghanistan known as a stronghold of Islamists linked to the Taliban and Al Qaeda.

Police said they have arrested the leader of the militant group, who is also the suspected organizer of a 2010 attack on a Dushanbe nightclub, where a bomb blast injured seven people.

President Emomali Rakhmon, who has headed the country since 1992, last month called presidential elections for November. He is widely expected to win.

Tajikistan, where a bloody civil war between Islamist forces and Rakhmon backers followed the collapse of the Soviet Union, shares a porous 1,300-kilometer border with Afghanistan. The impoverished former Soviet republic has previously accused religious groups of stoking unrest in a bid to impose Islamic rule.