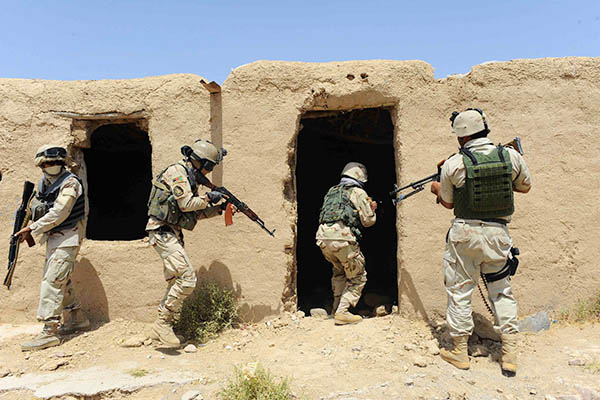 Taliban insurgents have executed six Afghans working for a flagship development program funded by the World Bank in the west of the country, officials said Tuesday.

The killings were reported as Afghan President Hamid Karzai held a second day of talks in Pakistan, calling on Islamabad to help set up peace talks with the Taliban to end 12 years of war.

The four engineers and two other workers were kidnapped on Sunday when travelling to Herat province’s remote Gulran district, which borders Iran and Turkmenistan in the far northwest of Afghanistan.

The victims, who worked for the National Solidarity Program (NSP), were killed late Monday, said a government statement.

The NSP, which was created in 2003 by the ministry of rural rehabilitation and development, makes cash grants to village councils to fund roads, bridges and other infrastructure projects. The program is primarily funded by the World Bank, with international donor nations also contributing.

Karzai strongly condemned the murders in Herat and made a veiled reference to a belief that elements in Pakistan continue to shelter Taliban insurgents.

“The killing of innocent engineers and workers shows the Taliban and their foreign masters want Afghanistan to remain a dependent and poor country forever,” he said in a statement.

Elements of the Pakistani state are widely accused of funding, controlling and sheltering the Taliban. Islamabad denies the accusations and says it will do anything to stop the conflict. The rebels regularly target government employees in their guerrilla war against the Western-backed administration in Kabul.