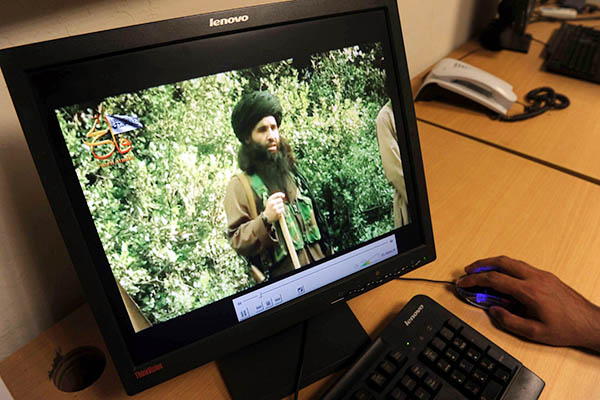 A screenshot of TTP chief Maulana Fazlullah. A. Majeed—AFP

TTP spokesman claims the militants are ready for battle and will target foreigners and multinational companies.

All foreigners should leave Pakistan or face the consequences, the spokesman for the Pakistani Taliban said on Monday, less than a day after the government announced Operation Zarb-e-Azb to free North Waziristan of the militants.

“We know the Pakistani government was not serious in offering peace talks, as a military operation has been launched against the Taliban with its approval,” said Shahidullah Shahid, the spokesman for the Tehreek-e-Taliban Pakistan (TTP). Speaking to Newsweek from an undisclosed location, Shahid said any foreigners who chose to remain in Pakistan would only have themselves to blame. “I, on behalf of the TTP, would like to warn all foreigners, airlines, and multinational companies to leave Pakistan. [If they don’t] they will have only themselves to blame for damage caused to their properties or staff,” he said.

“The TTP is ready to face the military, since we understood that sooner or later, this would happen. We are prepared for battle,” Shahid told Newsweek by phone. “But this time our fighters will bring the battle inside the territory of Pakistan and our prime target will be foreigners, multinational companies and airlines, along with Pakistani government installations,” he added.

Referring to the failed peace talks, Shahid said the government had failed to implement its plans. “We were always ready [for talks], but they [government] never was, and never will be.”

Empty or otherwise, no threats will deter us anymore. Go to hell you bastards.

get these bastartd n let them talk shit

Cat is out of bag there ultimate aim is ruin pakistani economy , spread fear and terror.Taliban hypocrites should know like uzbek mercenaries are their guests so are these foreigners are guests of Pakistan. We appeals all our foreigners friends take precautions but don’t pay heed to these war mongers. There claim to bring war to cities is hollow.In cities they will be hunt down like rabbits.

Their agenda is so clear! They want to hit Pakistan’s economy. If that is not proof enough that they are our enemies, what is? Unfortunately, we let the cancer grow! Total elimination and annihilation is the only solution. Yes, the cost will be high.

It wets my eyes when I get to hear from these people, not because it fears us, but because they’re spoiling the name of my religion. They pretend they are Muslims. Does Islam teach to kill the human beings regardless of their religion? Never, Islam teaches us to save animals even. Religion is something we should spread with peace , love and humanity NEVER with war !! Why the hell you’re keeping beard and showing that you’re Muslims while you’re worse than animals. Please study islam and Jihad before practicing it. Jehad is something which is done when you don’t have an army and you get attacked from the enemies of the other country just to protect yourself and your religion. Jehad is never killing human beings. Islam never teaches to to start a war/fight or to kill anybody. Our prophets used to avoid killing the anemies even. Save humans and even animals so that Allah forgives you on the day of Judgement otherwise you’ll be thrown into the hell fire inshaAllah.

These are the so called humans with their wild nature and fighting for money, they are mercenaries. the defame the name of islam and are curse on us.

May the talibans be destroyed completely