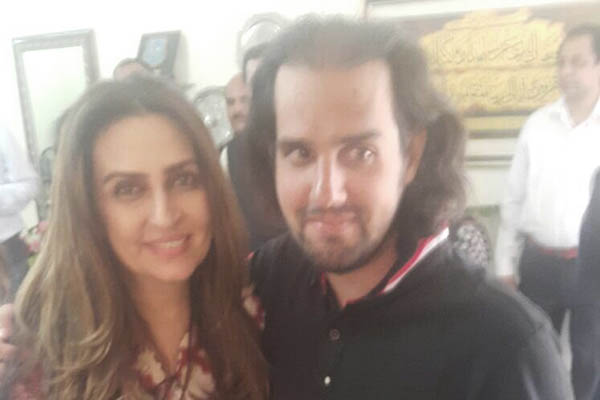 Almost five years as a hostage with one of the world’s most savage terrorist organizations, Shahbaz Taseer, son of the assassinated Punjab governor Salmaan Taseer, has revealed his ordeal in two major television interviews.

Shahbaz was kidnapped from Lahore in 2011 by a gang of “students,” affiliated with Al Qaeda, from the University of Engineering and Technology. He was taken to Faisalabad, the city where Al Qaeda made its first base, before being transferred through South Waziristan to Afghanistan. He was tortured and filmed for the extraction of ransom while narrowly escaping CIA drone attacks. He was flogged 500 times, his back was slashed with blades, fingernails and toenails yanked out with pliers, and he was buried up to his neck for 10 days.

He was handed over to the Islamic Movement of Uzbekistan (IMU), whom Pakistan allowed on its soil and suffered their psychopathic behavior wherever Al Qaeda wanted to inflict pain. They appeared as merciless killers in Swat in 2007 and carried out the 2011 Mehran Naval Base attack under the Al Qaeda commander Ilyas Kashmiri, once Pakistan’s hero because of his “acts of heroism” inside Indian-administered Kashmir. Kashmiri was also the facilitator of terrorist David Headley, a Pakistani-American who planned the 2008 Mumbai attacks, through an organization declared terrorist by the U.N. but still operative in Pakistan.

Pakistan’s tolerance of terrorism resulted in the loss of important cities to Al Qaeda and its allies, like IMU and the Tehreek-e-Taliban Pakistan. Osama bin Laden, the founder of Al Qaeda, actually lived in Abbottabad, an important garrison city, for three years until he was killed in an American covert operation. Islamabad and its environs became hideouts of important Afghan terrorists like the Haqqani network while hundreds of illegal madrassahs afforded them much-needed support.

The above facts finally shaped new thinking in the Pakistan Army, which, under Gen. Raheel Sharif, decided to launch Operation Zarb-e-Azb in Waziristan, driving out thousands of “warrior” psychopaths inflicting “Islamic” punishments on innocent Pakistanis. It is because of this operation that organizations like IMU and Al Qaeda have fallen on bad times and have been forced to let go of two important Pakistani hostages: Shahbaz Taseer and Ali Haider Gilani, son of Pakistan’s ex-prime minister Yousaf Raza Gilani.