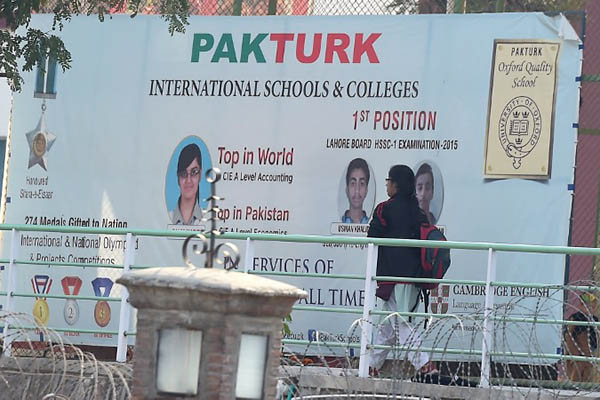 Decision hailed as ‘pleasing’ by Recep Tayyip Erdogan affects up to 450 people.

Pakistan has ordered the deportation of 130 teachers affiliated with the alleged mastermind of an attempted coup in Turkey, officials said on Wednesday, as Turkish President Recep Tayyip Erdogan arrived in the country.

The teachers from the private PakTurk International Schools and Colleges, backed by U.S.-based Turkish preacher Fethullah Gulen’s Hizmet group, will have to leave Pakistan along with other school staff and their families by Nov. 20, school and government officials confirmed.

The decision—hailed by Erdogan as “pleasing”—affects up to 450 people in total and will be a blow to thousands of students in Pakistan, where government figures say a staggering 24 million children remain out of school. The deportations “show how much importance Pakistan attaches to this effort,” Erdogan told reporters at the airport before departing for Islamabad on Wednesday for a two-day visit.

In a rare gesture, Prime Minister Nawaz Sharif was at the Nur Khan airbase in Rawalpindi to receive the Turkish president. President Erdogan will hold talks with Sharif and address a joint session of Parliament on Thursday, officials said.

Turkey accuses Gulen of ordering a failed coup in July, during which a rogue military faction tried to oust Erdogan from power. The country’s justice minister has compared the cleric to slain Al Qaeda chief Osama bin Laden.

Ankara has called for the U.S. to extradite him and expressed impatience as American authorities study the evidence provided by Turkey before arriving at a decision.

In a statement posted on the official PakTurk International Schools and Colleges website, the administration expressed deep concern over the “abrupt decision.” The statement said requests to extend visas for the teachers, school management and their families had been denied.

“We want to ensure the students and their parents that educational activities at all branches of PakTurk educational institutions across Pakistan are continuously operational,” the statement said. A PakTurk official in Islamabad told AFP the decision would affect around 10,000 students in 28 schools and colleges around the country.

The school management has already been replaced by local staff, the official said, speaking anonymously. A senior government official in Islamabad confirmed the deportation of Turkish staff by Nov. 20.

Turkish Prime Minister Binali Yildirim thanked “brotherly country Pakistan” for the decision. Pakistan’s foreign ministry said Erdogan would be accompanied by a high-level entourage, including ministers and senior officials, as well as a large business delegation.