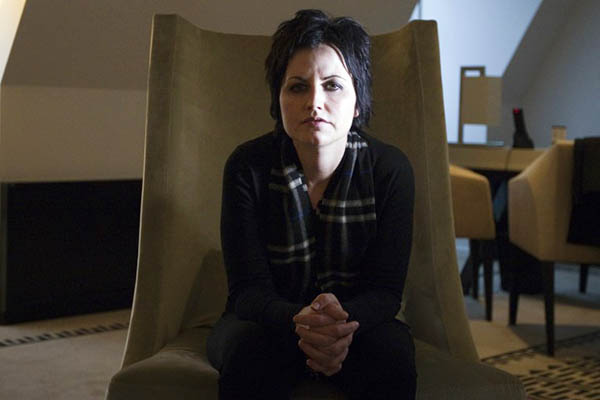 “Irish and international singer Dolores O’Riordan has died suddenly in London today, family members are devastated,” Lindsey Holmes said in a statement. “The lead singer…was in London for a short recording session,” she added. “No further details are available at this time.”

A spokeswoman for London’s Metropolitan police said officers are “dealing with a sudden death” after they were called to a hotel in Park Lane, in the center of the British capital, at 0905 GMT this morning. She did not confirm the identity of the person found.

“A woman in her mid-40s was pronounced dead at the scene,” the spokeswoman said. “At this early stage it is being treated as unexplained and enquiries continue,” she added.

Irish Prime Minister Leo Varadkar was among the first to pay tributes, calling O’Riordan “the voice of a generation.”

“For anyone who grew up in Ireland in the 1990s, the Cranberries were an iconic band, who captured all of the angst that came with your teenager years,” he said in a statement. “Her voice and her contribution to music will be remembered far beyond her native county for many years to come.”

The London Hilton on Park Lane confirmed “with deep regret” that an unnamed guest had “sadly passed away” at its hotel. “Team members acted swiftly to alert the Metropolitan Police and we are co-operating fully with their investigation,” a spokeswoman said.

The Cranberries achieved international success in the 1990s with their debut album Everyone Else is Doing it, So Why Can’t We?, which included the hit single “Linger.” Follow-up album No Need to Argue went to number one in Australia, France and Germany, and number 6 in the United States.

The album also gave rise to politically-charged single “Zombie,” an angry response to the deadly Northern Ireland conflict, which hit number one across Europe. The band sold around 40 million records worldwide.

O’Riordan, from Friarstown in the Irish county of Limerick, will be buried in Ireland, according to the parish priest in her hometown.

“Her family are still waiting for more details to come from London about her death,” he said. “The plan is for her to be buried here at home. When that will be will depend on when her body is released.”

O’Riordon told AFP in a 2012 interview that “we were stuck in a rut. We just needed a break.” She headed to Canada, where she gave birth to her third child, but The Cranberries reformed in 2009 after getting together for a one-off show.

“At home I’m a housekeeper and a mum. The kids are, like, ‘What’s for dinner? Where are my clothes?’. On tour it’s, like: ‘room-service’,” she said of the comeback.

She hit the headlines in 2014 after pleading guilty to assaulting three police officers and a flight attendant during a flight from New York to Ireland, and was diagnosed with bipolar disorder shortly afterwards.

The band was forced to cancel 14 concerts last year due to “medical reasons associated with a back problem” for O’Riordan.

The singer’s last Facebook posting came shortly before Christmas. “Hi All, Dolores here. Feeling good! I did my first bit of gigging in months at the weekend, performed a few songs at the Billboard annual staff holiday party in New York with the house band,” it read. “Really enjoyed it! Happy Christmas to all our fans!! Xo”

The band recently played in South America, with O’Riordan tweeting pictures of a show in Lima, Peru.

O’Riordan married Don Burton, former tour manager of Duran Duran, in 1994 but the couple, who had three children together, divorced in 2014.

British 1980s band Duran Duran posted on their official Twitter page that “we are crushed to hear the news about the passing of Dolores O’Riordan. Our thoughts go out to her family at this terrible time.”

The Cranberries released their final album Something Else last year.