Home News Galleries The Other Malala 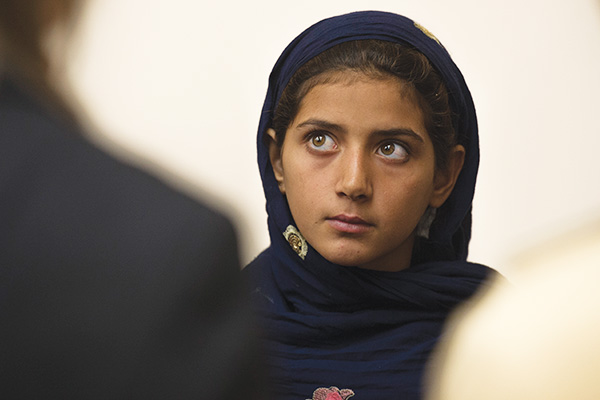 Nabila Rehman, 9, was picking vegetables in North Waziristan when the U.S. attacked. The drone strike killed Nabila’s 68-year-old grandmother and injured eight others, including Nabila and her brother, Zubair. The siblings and their father addressed a press conference in Washington, D.C., last week to raise awareness of the collateral damage wrought by drones. They were joined by U.S. House of Representatives’ Foreign Affairs Committee member Alan Grayson. “I believe there are better ways to go about it than these drones, perhaps through discussions and negotiations with whoever they are targeting,” Rafiq Rehman, Nabila’s father, told journalists, adding that the strike that claimed his mother’s life “doesn’t make any sense.” The plight of Nabila and her family gained media attention after an Amnesty International report cited the attack on them as a potential war crime. But admitting that the strike may not violate international law per se, the report urged the U.S. to end the secrecy shrouding its drone program. Congressman Grayson told journalists the drone strikes “could end tomorrow” if the Pakistani government stops supporting them, implying the existence of bilateral consent for the controversial strikes. Islamabad, however, maintains that the strikes occur without its approval.