Home Lightbox The Taming of the MQM

The Taming of the MQM 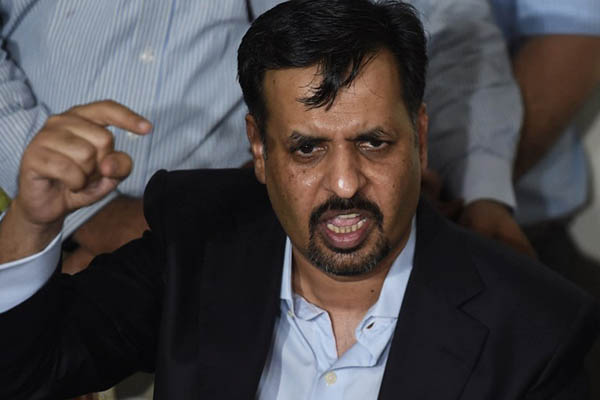 The growing rift within the MQM will likely benefit Pakistan in the long run.

A section of the media is triumphantly parading the Muttahida Qaumi Movement (MQM) defectors led by Mustafa Kamal, while another seems to rebuke them for snitching on the mother party.

The fact is that the MQM is tracing the logic of its organizational destiny. It was run as a tight gang by its remote-control supremo, Altaf Hussain, addressed as “Bhai,” a loanword from the Mumbai underworld.

That the MQM lasted for decades despite the state’s periodic assaults on it must speak of the fear-induced discipline the party maintained; and for Karachi’s “immigrant” voters who remained steadfast in making it the third largest presence in Parliament. It physically “protected” rather than “represented” its Karachi citizen-voters.

Hussain hasn’t done as well as Mugabe of Zimbabwe, well into his 90s and looking dapper in his expensive suits. In psychopathic solitude, he has drunk and eaten himself silly, and Savile Row can help him no more. That has actually triggered the “normalcy” of defection in his party as nature’s revenge.

The party is in trouble because of its record of fear-inducing violence. What is happening now was in its programming genes, as also in the other parties—from the Pakistan Peoples Party (PPP) to Sunni Tehreek—who succumbed to the extractive lure of criminalization in the megacity of Karachi.

What is in fact MQM’s structural entropy may tilt us into rash judgment. What is happening is quite natural, of course, helped along by the antiterrorism drive by the paramilitary Rangers. All parties do course-correction like this. Didn’t the Pakistan Muslim League atomize after Jinnah till one couldn’t remember its various top leaders’ names? Wasn’t the PPP shaken to its foundations after Bhutto was hanged?

Like Jinnah, Hussain has no heir to bestow. (Shiv Sena of Bal Thakeray has gone to his son.) It took time before PML (Junejo) peeled into a “dynastic” PML (Nawaz), albeit more in the family tree than in the family. Like the MQM, the “one-man” party of Imran Khan too will wobble when the muscle of its extremely fit captain goes flaccid. It may fail to become dynastic till it starts flaking and one segment is finally owned by a family. This is so far the pattern in Pakistan.

Run democratically, political parties give rise to a steady two-party system through a healthy process of elimination. When that happens, governance improves. The taming of the MQM will benefit Pakistan in the coming days. A chastened MQM may line up with PMLN and the PPP against religious extremism.