Home News Galleries They Who Have Sindh

They Who Have Sindh 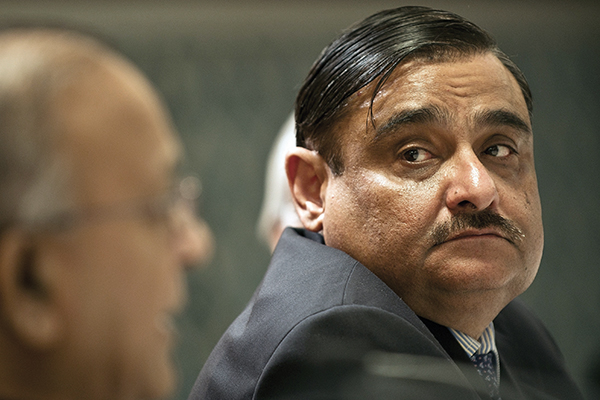 There’s no doubt about it: the PPP and the Army are at war. Following the arrest of Dr. Asim Hussain by the Rangers, the Sindh-ruling PPP’s co-chairman, Asif Ali Zardari, tried to drag in the ruling party with his gloves-off statement on Aug. 31 from London. The PMLN didn’t take the bait. It suggested—unconvincingly and to spare itself embarrassment—that it didn’t exactly disown the Army’s actions against the PPP. It should think twice. Hussain and a handful of former and serving SSGC officers have been picked up on charges of “terrorism.” The gas utility, vital to the country’s energy sector, has been forced into paralysis. “Eight officials of SSGC’s top management have gone underground,” SSGC’s chief said on Sept. 1, “I am the only one left in the company.” The economy aside, the “terror” arrests make a mockery of the fight against terrorism, and suggest that the Army will ultimately take its righteous efforts to the PMLN’s stronghold of the Punjab.