Home Lightbox Think of the Economy

Think of the Economy 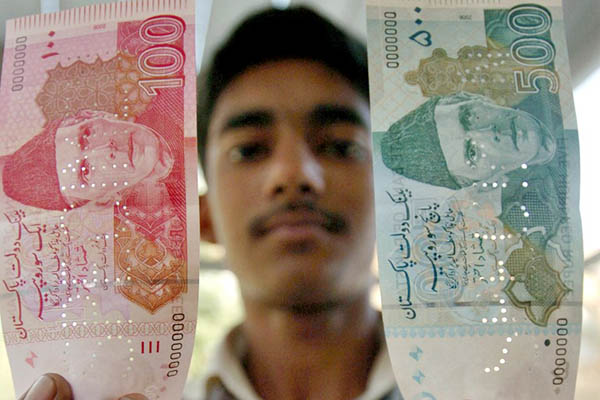 Talking to BBC Urdu, ex-prime minister Nawaz Sharif asserted that he was not the only one responsible for bad relations with the Army; in fact, he had gotten along nicely with some generals. But he held that “dictatorships have destroyed the country” but “the entire Army was not involved in the martial law in 1999,” only General Musharraf and “some of his supporters.”

It is difficult to decide whether Sharif was always of this opinion and whether he absented himself from the coups that dismantled the governments of his political rivals. But no one can deny that post-coup dictatorships have lasted longer than democratic tenures in Pakistan and have harmed it more in the long run. Also to blame is the state-nurtured nationalism that doesn’t leave much space for peace and normal economic development. When Sharif took over after the 2013 elections there was only $2 billion in the kitty and $1.5 billion had to come as a handout from his friend, the Saudi king. Then, alas, his tenure was bogged down in a long clash with the GHQ over a “trade-first” rather than “Kashmir-first” deal that Sharif was keen on making with India’s Narendra Modi-led government.

The world thinks Pakistan should abandon the policy rut that damages its economy. Shahid Javed Burki, ex-World Bank vice-president and ex-finance minister of Pakistan, opposes Pakistan’s pursuit of an unchanging “principled” policy of revisionist challenge to India: “I have estimated the cost to Pakistan of the running dispute with India over Kashmir and other issues. The Kashmir dispute alone has cost Pakistan 2.25 percent to 3.2 percent a year of growth loss in GDP terms. Compounded over a period of six decades, this suggests the magnitude of the colossal damage Pakistan has done to its economy by following this particular quarrel with India. This does not take into account the undeniable fact that some of the cost of this approach towards India contributed to the rise of Islamic extremism in the country. That, too, has resulted in serious economic losses.”

It’s not matter of loss or monetary gain but principles of UN and it’s resolutions. Kashmiris have right of self determination and stop Indian atrocities must stop and world must take notice.
Army has to play its part to meet internal and external threats. There is general perception that Nawaz Sharif is not capable of handling the complex situation . Pakistan don’t want a leader like Gurbachauf.

Dumping Kashmir is not an option if that is what you are suggesting. There is a wave of nationalism propagating across the world including both the super power USA and our eastern neighbor. Keeping them at a hand distance from our neck is the least of the sucess of our Kashmir policy.