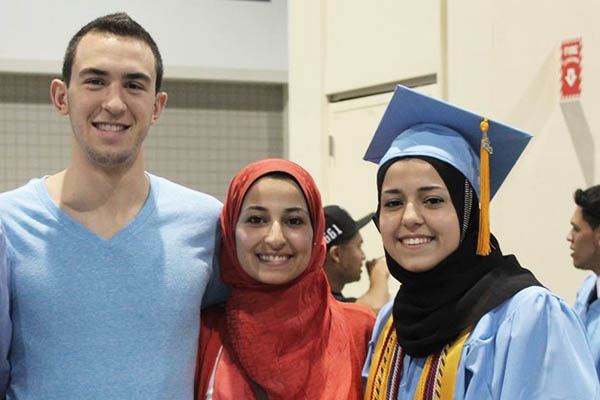 Police have arrested a 46-year-old man in connection to the attack.

Three young Muslims of the same family were shot dead at their home in the quiet Chapel Hill neighborhood of North Carolina state on Tuesday evening.

The victims, Deah Shaddy Barakat, 23, his wife Yusor Mohammad, 21, and her sister, Razan Mohammad Abu-Salha, 19, were attacked at their home around 5:00 p.m. Local police said they had found the three victims, pronounced dead at the scene, after responding to reports of gunshots in the area.

A 46-year-old man, identified as Craig Stephen Hicks, reportedly turned himself into police and has been arrested on suspicion of three counts of first-degree murder. Investigators have not yet said what led to the shooting.

A Facebook page believed to belong to Hicks showed dozens of anti-religious posts, including one calling himself an “anti-theist” saying he has a “conscientious objection to religion” and others memes denouncing Christianity, Mormonism and Islam. His page also showed a photo of a loaded revolver, alongside a video of a puppy and a promotional clip for Air New Zealand.

“Given the enormous harm that your religion has done in this world, I’d say that I have not only a right, but a duty, to insult it,” he posted under the religious beliefs tab.

The attack prompted mass outpouring of anger and grief on social media, with people posting pictures of the victims and claiming they had been shot “execution style.” The family of the victims has created a memorial page for them on Facebook that has already received over 2,000 “likes.”

Barakat, a basketball fan based on his social media profiles, was a dental student at the University of North Carolina and had recently collected funds to provide emergency dental care to children in Palestine. In January, he wrote on Twitter: “It’s so freaking sad to hear people saying we should ‘kill Jews’ or ‘kill Palestinians’. As if that’s going to solve anything.” He and Yusor Mohammad had recently gotten married.