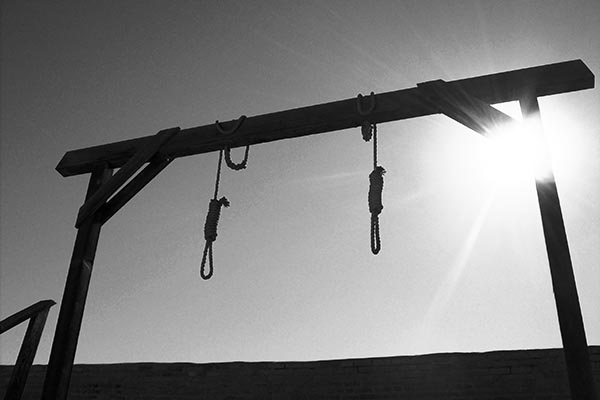 An Anti-Terrorism Court in Islamabad on Friday sentenced three men to death for sharing blasphemous content on social media, while imprisoning a fourth accused in the same case for 10 years.

The court also issued arrest warrants for the four accused, who are currently absconding in the case.

According to the First Information Report filed by the Federal Investigation Agency, accused Rana Nouman Rafaqat and Abdul Waheed operated fake profiles and disseminated blasphemous material on social media, while Nasir Ahmad uploaded blasphemous videos to a Youtube channel. A fourth individual, Professor Anwaar Ahmed, was fined Rs. 100,000 in addition to a 10-year prison term for allegedly voicing blasphemous views during a lecture at the Islamabad Model College where he was an Urdu teacher.

All four men were initially arrested in 2017 in connection with the blasphemy case, which was filed by a Hafiz Ehtasham Ahmed. According to the FIR, “There are several unknown people/groups disseminating/spreading blasphemous material through internet using social media i.e. Facebook, Twitter, websites, etc. through alleged profiles/pages/handles/sites etc… and several others willfully defiled and outraged religious feelings, belief by using derogatory words/remarks/graphic designs/images/sketches/visual representations in respect of the sacred names.”

It said that such “illegal activities are causing religious disharmony and unrest among different segments of society, inciting hatred and contempt on religious basis to stir up violence and cause internal disturbance and to create a sense of fear, insecurity in the society, which may not only lead to anarchy but it is also threatening the ideology of Islam, Sunnah and Pakistan.” The FIR said the case had been lodged under Sections 295-A, 295-B, 295-C, 298, 298-A, 298-B, and 109 of the Pakistan Penal Code.

Human rights groups say Pakistan’s blasphemy laws are often used to persecute minorities or settle personal vendettas, noting that they are seen as virtual death sentences as they can lead to lynchings or mob violence. The U.S. Commission on International Religious Freedom cited the blasphemy laws among the reasons it designated Pakistan a country of particular concern for religious freedom in its annual report.