Tourists to be Welcomed Back to India-held Kashmir 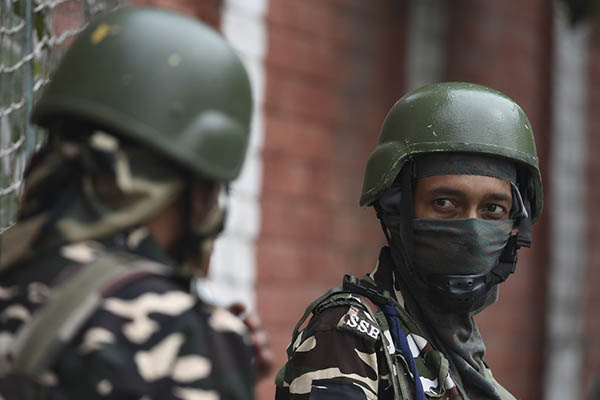 Tourists warned by Delhi to leave India-held Kashmir just days before stripping the restive valley of its autonomy will be welcomed back later this week, the region’s governor said on Monday.

Authorities in early August called for holidaymakers to leave “immediately” over “terror threats” to a major Hindu pilgrimage, sending thousands scrambling for places on planes and buses. New Delhi also imposed a clampdown on movement and cut off all communications including the internet and phone lines just before the controversial autonomy decision to quell unrest.

But local governor Satya Pal Malik said in a statement after a security meeting that the “Home Department’s advisory asking tourists to leave the valley be lifted” from Thursday. There were no further details about why the advisory would be lifted this week.

Malik repeated New Delhi’s assertions that authorities were gradually lifting the curfew, adding that “all the security restrictions were removed in most parts” of the region.

Tourist operators told AFP in late August they were badly hit by the sharp drop-off in visitor numbers, and were worried many people would stay away for a prolonged period of time. More than half-a-million people visited the valley in the first seven months of this year, according to official data.

In addition, some 340,000 religious tourists were also visiting the valley in July before their Hindu pilgrimage was called off due to the terror claims. Just 150 foreign travelers visited Kashmir after Aug. 5 when New Delhi scrapped its autonomy until the end of the month, the figures showed.

Kashmir has been divided between India and Pakistan since 1947 and has been the spark for two wars between the nuclear-armed foes. Tens of thousands of people have been killed in an uprising against Indian rule since 1989, most of them civilians.

Evidence on the ground suggests locals are angry with the autonomy decision, with regular protests, business owners refusing to open their premises and children kept out of schools.