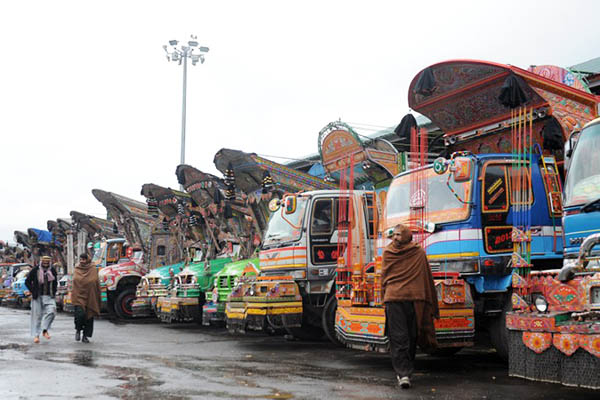 Border trade restored at foreign ministerial level after being suspended for a month.

Trade across the de facto border in disputed Kashmir resumed on Wednesday after being suspended for nearly a month, a Pakistani official said.

All movement including travel and trade across the Line of Control (LoC), which divides the Himalayan region between Pakistan and India, was suspended after Indian authorities detained a Pakistani truck driver for allegedly carrying 114 kilograms of heroin.

On Wednesday, 27 trucks were allowed to leave for the Indian side and 49 others cleared to come the other way, said Basharat Iqbal, an official of the Trade and Travel Authority in Pakistan-administered Kashmir. “Trade will resume as routine now. However one Pakistani truck along with the driver are still held by the Indian authorities,” he said. Muhammad Ismail, head of the Trade and Travel Authority, said the decision to resume border trade was taken at foreign ministerial level.

Trade across the de facto border began in 2008 as part of peace efforts between the nuclear-armed neighbors, but it is frequently disrupted by disputes. It was last suspended in September 2013 for almost six weeks over a disagreement about the origin of goods being traded.

Kashmir, divided between India and Pakistan upon independence from Britain in 1947, has been a continual thorn in relations and the countries have fought two wars over the territory. More than a dozen armed rebel groups have been fighting Indian forces since 1989 for the region’s independence or its merger with Pakistan.

Tens of thousands of people have died in the fighting, according to an official count, while local rights groups estimate up to 70,000 have lost their lives.