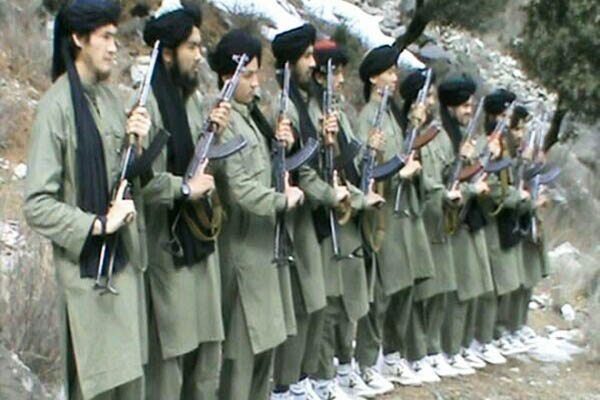 Islamic Movement of Uzbekistan claims 10 of its fighters targeted the airport in retaliation to military airstrikes.

Uzbek fighters were involved in the all-night siege of Karachi airport that killed 37, insurgent sources said on Wednesday, highlighting how the Pakistani Taliban can draw on international militant networks to carry out major attacks.

The Islamic Movement of Uzbekistan (IMU), an Al Qaeda affiliate that has been mainly based in Pakistan’s tribal belt since the U.S.-led invasion of Afghanistan in 2001, claimed the “martyrdom” of 10 of their fighters during this week’s assault in a statement posted on various Taliban-linked websites.

The attack extinguished a nascent peace process and raised questions about how the Taliban were able to penetrate the airport serving Pakistan’s economic hub.

“At midnight of Monday 10 brave martyrdom seeking mujahids of Islamic Movement of Uzbekistan wearing their explosive-filled vests attacked a very special section of Karachi International Airport of Pakistan,” the English-language statement attributed to IMU said. The page included photographs of 10 black-turbaned fighters wearing green tunics and white trainers while carrying assault rifles, in what appeared to be a snowy mountainous region.

“This martyrdom operation was carried out as the revenge to the latest full-scale bombardments and night attacks with fighter jets by [the] Pakistan Apostate Army,” the statement added.

The Pakistani Taliban’s main spokesman confirmed that Uzbek fighters were involved in the attack but did not say how many. Shahidullah Shahid, the Taliban spokesman, said: “Yes, the attack on the Karachi airport was a joint operation of TTP and Islamic Movment of Uzbekistan. The foreigners are also our Muslim brethren and we all are Muslim mujahideen. So we can’t elaborate on how many Uzbeks and how many Pakistanis participated in this action.”

Ten heavily armed militants laid siege to Karachi airport throughout Sunday night and the early hours of Monday morning in one of the most brazen attacks on a key installation in recent years.

Security analyst Imtiaz Gul said IMU fighters had migrated to Pakistan’s tribal areas after being forced to flee from Afghanistan following the U.S.-led invasion. “They have been under the protection of the Pakistani Taliban for some time. The Uzbeks are dependent on them for shelter and survival and are used as their foot-soldiers in operations,” he said.

why the official protest is usually not made to Uzbekstan government?