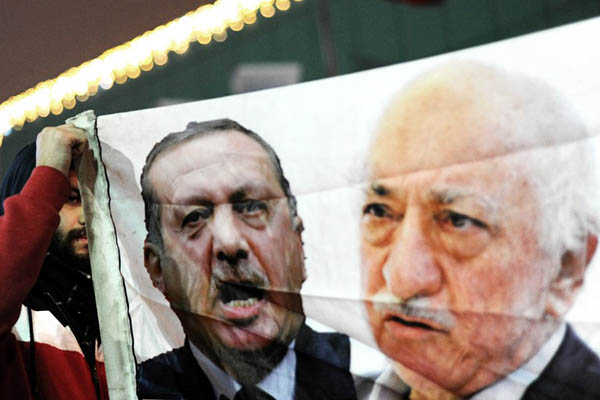 Turkey wants the U.S.-based preacher to be sent home to face charges of “ordering the July 15 failed coup” during which a rogue military faction tried to oust President Recep Tayyip Erdogan from power. “If [Gulen] is not extradited or the process is dragged out, this will have a negative impact on relations between America and Turkey. What we want now is for relations not to come to a negative point because of a terrorist. That is our wish,”Bozdag told reporters at Ankara airport, quoted by the official Anadolu news agency.

Bozdag added that “everything bin Laden represents to the United States, Fethullah Gulen represents for the Turkish state.” He was speaking ahead of flying to the U.S. where he will meet with Attorney General Loretta Lynch to discuss Gulen and the aftermath of the attempted putsch.

For Gulen’s extradition, the U.S. insists legal provisions must be met.

During a visit to Turkey in August, U.S. Vice President Joe Biden insisted that Washington has no wish to protect anyone harming an ally, while adding that “we need to meet the legal standard requirement under our law.”

Tensions increased in the weeks after the coup between the two NATO allies as Ankara warned relations would be damaged if Gulen were not returned while anti-American sentiment in the country would heighten.