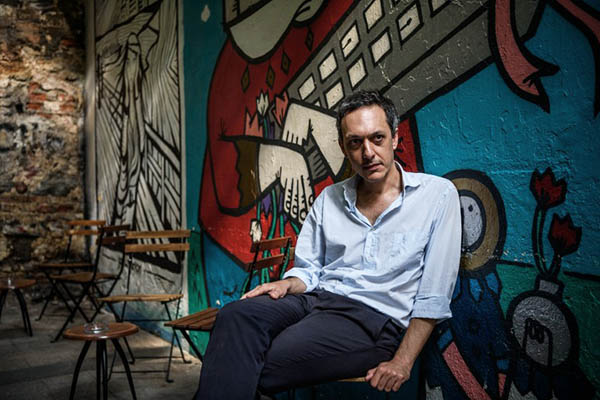 Just a few years ago, Istanbul was one of the world’s creative capitals, a buzzing hive where visual artists, writers and filmmakers mingled. Today, the so-called Pearl of the Bosphorus has lost some of its artistic luster.

A string of terror attacks, a tightening clamp on freedom of expression, an attempted military coup and a perception of rising social intolerance has seen the freewheeling mood replaced by a sense of fear and increasing isolation.

“It’s really getting [to be] a tough place to live in, especially for artistic practices that need to exercise free speech,” said Vasif Kortun, director of the SALT contemporary arts center—a venue artists say still offers “breathing space” with its art cinema, workshops and multimedia resources. But “our space is getting narrower and narrower,” said one artist, speaking on condition of anonymity. “Society is also more aggressive.”

“In the recent past, every month, foreign curators, artists, Ph.D. students or art critics called me because they were visiting Istanbul and they wanted to meet creators here, to exchange ideas,” she said. “This year, I hardly saw anyone.”

All the artists interviewed by AFP said they opposed the July 15 attempted putsch—a bid to overthrow President Recep Tayyip Erdogan that has been followed by a massive crackdown with more than 13,400 people arrested. “I don’t want any coup in this country,” said Pinar Ogrenci, a 43-year-old visual artist and writer, who was a child in the 1980s when the armed forces last ruled the country. “I know how bad and dangerous it can be when the military take power.”

Others say signs of oppression date well before the attempted coup. “Turkey already had very serious problems regarding the freedom of expression,” said Nazim Dikbas, who has translated Nabokov into Turkish and work by Orhan Pamuk, Turkey’s 2006 Nobel laureate, into English. “Turkey was already imprisoning journalists, human rights defenders, and to suddenly think that things turned to a worse after the failed coup attempt would be wrong.”

In July last year, the government revived its fight against the Kurdistan Workers’ Party (PKK), which it describes as a terrorist organization. Five months later, more than 1,200 intellectuals and artists signed a “petition for peace” criticizing violence by the armed forces in their operations against the rebels. Accused by Erdogan of “treachery,” many of the signatories are being prosecuted and have lost teaching posts.

Pressure “can be arbitrary,” even against a large institution such as SALT, said Kortun. “For example, it can be a police officer in plain clothes coming in to your film program and saying ‘Why are you showing this film because it shows Kurdish guerrillas?’ We say ‘OK, but this is legal, we are not showing something that is forbidden.’ Then they will call you in the evening and say, ‘If you ever show this again, you’ll be in trouble’.”

He said SALT might consider what he dubs a “monastery” method. “What I mean … is you work inside the institution,” he said, “you develop and protect new ideas and these ideas can actually go out on the street when the time is right.”

Another fear by Kortun and others is that funding from abroad, especially from the European Union, could be choked off. That would leave artists financially dependent on local donors, who are more conservative and watchful of the government, they said.

While many see the creative situation as bleak, they carry on, meeting in the lively Beyoglu district on Istanbul’s European side with its galleries, hip cafés and walls covered with street art. “I think I should work so much, tomorrow might be too late,” said Ogrenci. “Sometimes I feel like I might loose my freedom very soon or I’m going to die.”

Others have redoubled efforts at the grassroots. “After Gezi, collectives were created in neighborhoods,” said one source who was involved in 2013 protests—heavily repressed by the authorities—to defend Gezi Park, a rare green space in central Istanbul threatened by development. “They organize debates, exhibitions, fair trade events, exchange bazars. We need to go on that way… They could plant seeds for the future.”

Such seemingly unrelated activities, translator Dikbas said, “will add something positive to the mix, rather than stagnation, rather than fear, rather than division.”

Others say it’s time to develop a new artistic language. “We, as artists, have to find other ways of expressing ourselves, more poetic, less direct,” said Ogrenci who has been mulling the idea of using fables. “They cannot accuse a fable,” she said laughing. “It might help to protect ourselves.”