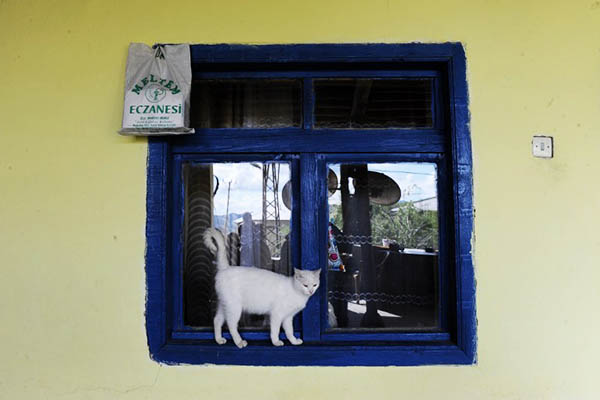 Twenty-one-year-old student had last year filmed himself killing the cat with knife cuts and blows to the head.

A Turkish student has been jailed for three years after he filmed himself torturing a cat to death, reports said Thursday, in a legal first in the country for the deadly abuse of domestic animals.

Mustafa Can Aksoy, 21, filmed himself last year killing the cat with knife cuts and blows to the head in the western city of Eskisehir, the Hurriyet daily reported. A city court found him guilty on Wednesday of needlessly killing the animal and sentenced him to three years in jail, it said. His lawyers said they planned to appeal.

The cat, called Iletki, belonged to a local café called Café de Cat, whose owners were among the plaintiffs against Aksoy. Details of the crime emerged when the footage surfaced on the Internet.

“I admit my guilt. I regret what happened. I was not always the kind that kills an animal,” Aksoy was quoted as telling the court.

But the judge ruled that in view of the severity of the incident, the accused would not be able to benefit from a suspension of the sentence or it being converted into a fine.

Turkey has in the last years adopted much tougher legislation to combat abuse against animals, in particular the stray cats and dogs that roam throughout its big cities. The lawyer for the Platform for Justice for Animals Mustafa Caki hailed the ruling, saying it elevated animals above being mere objects.

“In determining the penalty the court has shown sensitivity in determining that animals do not just have an economic value,” he was quoted as saying by Hurriyet.