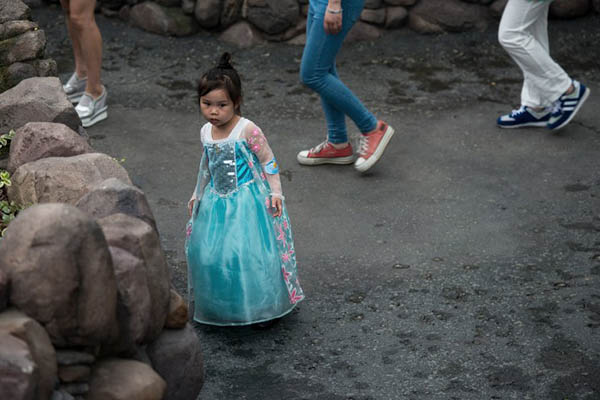 Analysts warn girls may switch off TVs if they aren’t provided with better role models.

The Disney princess may not be dead yet, but children’s television makers are under pressure to create more adventurous female characters as fears grow over the damage gender stereotyping may be doing to girls.

Last week Disney tried to tackle head on fears that its relentless merchandising was fueling a damaging “princess culture” that limits even very young girls’ horizons and contributes to “body esteem” issues. It launched a 10-point guide for would-be princesses in posters which urged girls to “Right wrongs” and “Believe in yourself.”

But analysts and program makers gathered at the world’s biggest entertainment market in Cannes on the French Riviera this week warned that young girls and their parents were impatient for more fundamental change. Several warned that if they weren’t given better role models, girls would simply turn off.

Emma Worrollo of London-based strategy company Pineapple Lounge said her detailed research conducted with thousands of children across the globe showed girls’ frustration. “Their idea of gender is much more fluid [than previous generations]. They don’t want gender to be a factor at all,” she said.

Both older girls and boys idolize the crusading character of Katniss Everdeen from the Hunger Games films, she told AFP. But girls search in vain to find similar figures they can identify with on television, which they see as unjust.

They are right to be upset. On average three-quarters of cartoon heroes are male, industry insiders say. Yet there is a huge hunger for better and more gender fluid stories among children, Worrollo insisted.

“Generation Z children [who are now aged 10 to 16] tell us that boys can now be girls and girls boys, but ‘we don’t see that on TV’,” she added.

Some channels, however, are determined to force change. France Televisions put out a formal call to producers for series revolving around female heroes after realizing its output—“like everyone else’s”—was completely imbalanced. Its head of children’s programs Tiphaine de Raguenel told AFP that “we are trying not just to have princesses, fairies and tomboys.”

Even new “girlie” cartoon series are trying to up their empowerment message. SpacePop an American cartoon series about an intergalactic girl band is marketing itself at the MIPCOM TV industry meeting as a “not your average princesses” show. Its heroines may be into “fashion, music and friendship” but they are also out to save the universe.

Lisa Henson, head of the Jim Henson Company, said producers had to address the issue. She said their new animated undersea series Splash and Bubbles was picking up her father Jim Henson’s work for diversity on such legendary shows as The Muppets and Sesame Street.

“We have an equal number of boy and girl characters and each of them have characteristics which cross genders, so it is quite gender neutral in that way. Splash as his name suggests is a boy and Bubbles is a girl but she is equally as adventurous,” she added.

She said the Henson company took its mission to pass on “good values” to children in a fun way very seriously. “You would not believe how diverse the ocean floor is… There are seahorse single dads with 499 children,” she joked. “And it is the seahorse dads who give birth. There is so much weird stuff there.”