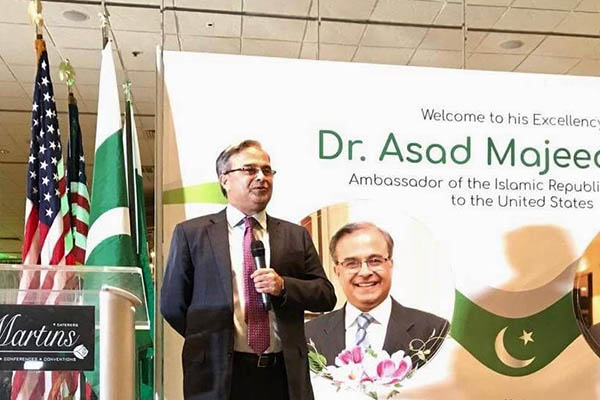 With the rival nations reportedly shooting down each other’s warplanes in their worst crisis in years, Pakistani Ambassador Asad Majeed Khan said the United States should have pinned blame on India. “It is construed and understood as an endorsement of the Indian position and that is what emboldened them even more,” Khan told reporters when asked about the U.S. statement.

But Khan said that Pakistan—which has an increasingly close relationship with China and rising friction with Washington—was eager for greater U.S. diplomacy between Islamabad and New Delhi.

“There is perhaps no other country better placed than the United States to be able to play some role,” he said, pointing to the U.S. relationship with both countries.

India said on Tuesday its air force conducted strikes on a militant camp inside Pakistan—the first time since 1971 it hit territory beyond divided Kashmir—after a Pakistan-based Islamist extremist group claimed responsibility for a suicide bombing on the Indian side of Kashmir that killed 40 troops. While claimed by Jaish-e-Mohammed, a local resident staged the attack.

Secretary of State Mike Pompeo, in a statement after talking to his counterparts in both countries, described the Indian strikes as “counter-terrorism actions.” While urging both sides to avoid escalation, he urged Pakistan to take “meaningful action against terrorist groups operating on its soil.”