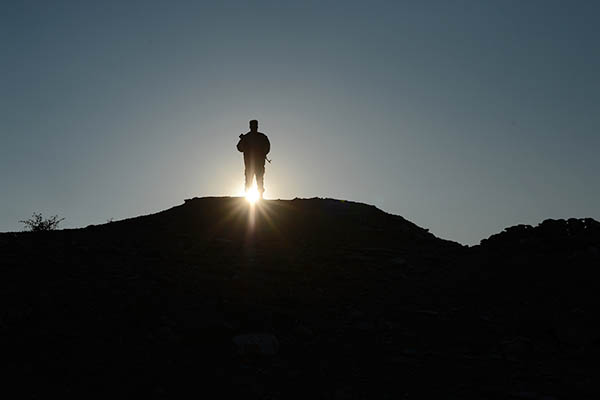 Two other detainees, held in Afghanistan by U.S. forces, have also been repatriated to Pakistan.

U.S. troops in Afghanistan said Sunday they had handed over three Pakistani detainees to Islamabad, while a security source said one of them was a senior Pakistani Taliban commander.

“Acting on behalf of the United States government, we transferred custody of three Pakistanis held in U.S. custody in Afghanistan, to Pakistan,” U.S. Forces-Afghanistan said in a statement in Kabul. “This followed consultations between the U.S. and Pakistan and after receiving appropriate assurances,” it added.

The statement did not identify the detainees. But a Pakistani security official said one of them was Latif Mehsud, a close aide to Hakimullah Mehsud, the former chief of the Tehreek-e-Taliban Pakistan (TTP).

He was brought to Islamabad on Saturday along with two other Pakistani militants captured in Afghanistan—one from Swat and another from South Waziristan.

The official did not disclose the names of the other two militants. However, he said Mehsud was arrested by U.S. forces in Afghanistan days before the death of Hakimullah Mehsud.

Experts believe the move, which came after a recent visit by Afghan President Ashraf Ghani to Pakistan, seems part of efforts to build confidence and bilateral relations. “It shows the level of confidence between militaries of the two countries and [their] intelligence organizations is now far better,” said defense and security analyst Talat Masood. He said the handover also showed improvement in quality of relations between Pakistan and the U.S.

Meanwhile, “Afghans have also realized it is in mutual interest not to support militants of either countries,” Masood added.

Pakistan has been demanding Kabul hand over fugitive TTP chief Maulana Fazlullah, who is reportedly hiding in Afghanistan’s Kunar province. Both nations have long accused each other of allowing militants to shelter in the border regions and launch bloody attacks that threaten regional stability.

Former Afghan president Hamid Karzai routinely accused Pakistan of continuing to fuel the Taliban insurgency to destabilize his country as a hedge against Indian influence there. Islamabad denies the charge but its support, and that of its powerful military, are seen as important for peace in Afghanistan as NATO pulls out its combat troops.

Ghani, who emerged as president after a long dispute over fraud-mired elections, has said that seeking peace is his first priority after decades of conflict in Afghanistan.