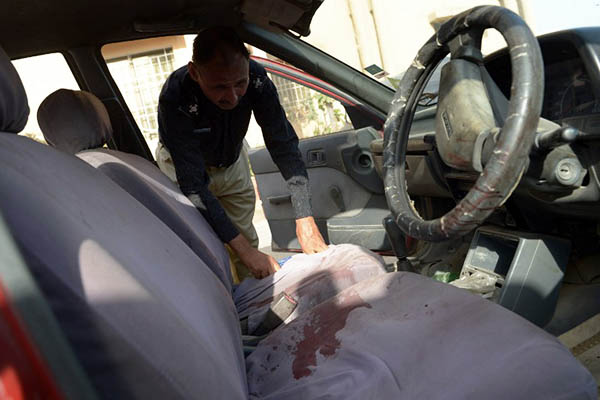 Dr. Debra Lobo in stable condition after being shot by two gunmen claiming to be allied with the Islamic State.

A U.S. national was injured on Thursday after gunmen opened fire on her vehicle in Karachi, said police officials, with leaflets found at the scene claiming the attack on behalf of the Islamic State group.

“An American doctor, Debra Lobo, who has been working as vice-principal of the Jinnah Medical & Dental College, was heading home when two gunmen on a motorcycle opened fire on her car,” said police officer Asif Farooqui. “She was shot twice in the head and is currently in critical condition at a private hospital in the city,” he added. “The attackers fled the scene after shooting the car.”

The victim was declared in stable condition by authorities at the Aga Khan Hospital after being shot once in the head and once in the arm. The police official said initial investigations showed that the attack was likely pre-planned. “We think the lady was targeted due to her nationality,” he added.

The U.S. embassy has not confirmed the identity or nationality of the victim. “We’ve seen press reports and are monitoring and looking into the reports,” a spokesperson told AFP.

A police official said messages in English and Urdu were dropped at the scene saying the attack was carried out by the “Lions of Daulah Al-Islamiyyah,” using the Arabic name for the Islamic State group, which has seized swathes of territory in Iraq and the Middle East.

The leaflets, seen by AFP, are plain printed text documents with no I.S. emblems or insignia and vow more attacks on Americans.

“We shall lie in wait until we ambush you and kill you wherever you may be until we confine and besiege you in America and then God willing, WE WILL BURN AMERICA!!!” the leaflet, seen by AFP, says.

There have been concerns about the I.S. group tapping support in Pakistan, a country awash with dozens of militant groups. Leaflets calling for support of I.S. jihadists have been seen over recent months in parts of northwest Pakistan and pro-I.S. slogans have appeared on walls in several cities.

Some disaffected Pakistani Taliban cadres have also said they have switched allegiance to I.S., but the true extent of links to the group’s Middle East operations remains unclear.

Karachi, Pakistan’s economic heart and home to some 18 million people, is rife with criminal, ethnic, political and sectarian killings, which claim hundreds of lives each year. Security forces have been cracking down on criminal and militant activities since late 2013.