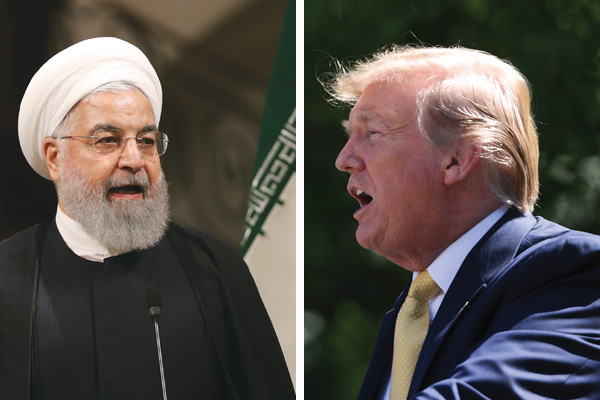 For Pakistan, moral outrage is no substitute for ground realities when it comes to picking sides in the Gulf conflict

An internationally unpopular U.S. President Donald Trump killed Iran’s ace military leader Qassem Soleimani in Iraq where he was a guest of the pro-Iran Baghdad government; and in response Iran has bombed two U.S. military bases in Iraq, taking care not to kill anyone. Despite tearful demonstration of collective rage back home, Iran has not precision-bombed the 11 places where the U.S. army is deployed in the Gulf region, despite its ability to do so, as it did the Saudi oilfields in September 2019. This restraint is laudable.

Hard-rightwing America says Soleimani was a killer of Americans and had plans of killing more of them; but the world disagrees and “nuclear” Pakistan is wringing its hands at not being able to come down on the side of Iran and take on America to endear itself with its outraged population.

But you probe Pakistanis a little and you find that if Pakistan plunges into the Gulf morass it will take minutes for the country to get divided on the sectarian yardstick and side with the Arabs against Iran. The worst scenario is Pakistanis lunging at each other during a sectarian showdown in the Gulf with America staying away and Iran calling the shots.

No one likes America in the region but if America were to leave, things would fall apart. Iran is the big state and the Arabs are the minions scared of keeping armies that might take over from the sheikhs. Pakistan doesn’t love America but the Arabs need America. In a way Iran does too. America got rid of Saddam Hussein, the Sunni butcher who ruled over a Shia-majority Iraq and loved killing Shias. Then Washington killed Al Baghdadi of ISIS or the Islamic State militant group, who had arisen from the minority Sunnis of Iraq and created his killing fields in the Syrian-Iraqi state of his own, attracting young boys and girls from as far West as Europe and as far east as Pakistan and Indonesia.

Iran is resisting the Sunni domination of the region. All the Arab states are small but brutalize their Shia communities, even where the Shia are in majority, as in Iraq when Saddam ruled, but less so in Lebanon where they remain backward. Iran managed, through Soleimani, to create an Iraq-Syria-Lebanon-Yemen “Shia arc” that threatened Israel through Lebanon’s Hezbollah. When Saudi Arabia asked Pakistan to help out with troops in Yemen, Pakistan was divided but could not refuse, lending out its former army chief. Pakistanis lose their cool over state compulsions, which are realistic. They don’t want to offend Iran forgetting that they have 4 million Pakistanis (without citizenship) working in the Arab states of the Gulf but none in Iran.

America is flexing muscle but its outraged NATO allies in Europe can do nothing to stop it. Pakistan feels morally persuaded to stand up to the U.S. when even Iran can’t take it on. Pakistan feels morally outraged at itself as well, because it can’t do the right thing standing by Iran; that move would likely prompt Saudi Arabia to ring up and demand Islamabad take back its 3 million laborers and return the handouts that were given when the economy was belly-up and Iran gave nothing. This is Pakistan’s moral low point, and there is a lot of self-flagellation in most upper-crust drawing rooms even as the country’s Shia take to the roads and try to demonstrate in front of the U.S. consulate in Karachi.

What if Pakistan had gone and attended the Kuala Lumpur “Islamic” conference and defied the Saudis? Could Turkey and Malaysia have helped it out of its economic crevasse with money and expat employment? Would Iran have helped? The liberal-secular free-thinking Pakistani who wants to defy the low-IQ imperialism of America after reading Noam Chomsky realizes he can look more hopefully at Crown Prince Mohammed bin Salman of Saudi Arabia and his furtive liberalization of Saudi society than at the Ayatollah-ruled Iran where freedom still appears a long way away.

Pakistan becomes weak-kneed the moment it thinks of the Gulf going up in flames due to America and Iran fighting their war. Its supply of gas and petrol would be blocked and its expat manpower would come back in waves it won’t be able to handle. Iran is more realistic. It doesn’t want to rock the economic boat of the Gulf because its population is gradually growing sick of the Islamic austerities imposed on them by American sanctions. Before Trump killed Soleimani, the Iranians were out in the streets protesting that they could not buy the petrol Iran used to have a surplus of. The clerics are strong, secure behind the religious army of the “pasdaran” they control and think nothing of killing a couple of thousand protesters to clear the streets.

The Iraqis are outraged by Trump’s act of madness but a day before Soleimani’s death they were out in the streets taking bullets on their chests protesting against corruption that societies love to indulge in when the state is in crisis. No one in Iran and Iraq is prepared for the war their leaders are thinking of fighting against America. The Iraq war has gone on for 17 years and killed half a million, including the rape of a lot of women by I.S. in the name of Islam. It is in truth not America’s war; it is the internecine war of Islam, a religion that has been made deeply sectarian and very bloodthirsty by its believers’ inability to find common ground.