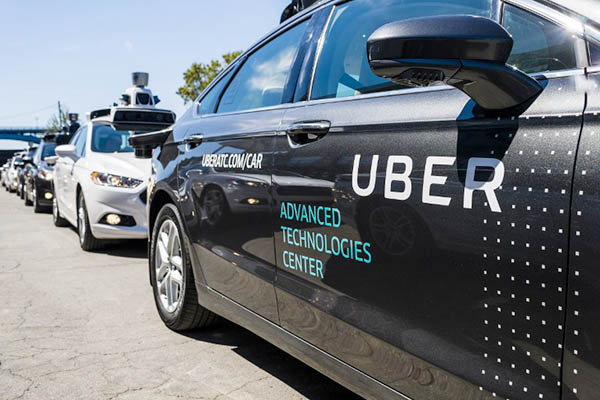 Weekend crash was result of vehicle failing to yield for self-driving car while making a left turn.

Uber on Monday said its self-driving cars were being put back in action on roads after a weekend crash prompted the ridesharing giant to halt testing.

Self-driving Uber cars went back to work in San Francisco in the morning there and were to return to streets in Arizona and Pennsylvania later in the day, Uber said an email response to an AFP inquiry.

The on-demand ride service grounded its test fleet of self-driving cars pending an investigation into a crash of an Uber autonomous vehicle in Arizona. No one was seriously injured in the accident, which occurred Friday in Tempe, Arizona, while the vehicle—a Volvo SUV—was in self-driving mode, the company said.

The accident occurred when the other vehicle “failed to yield” while making a left turn, Tempe police spokeswoman Josie Montenegros said. “The vehicles collided causing the autonomous vehicle to roll onto its side. There were no serious injuries,” she said.

Self-driving Uber vehicles always have a driver who can take over the controls at any time. There were no passengers in the back seat of the car at the time of the accident, according to Uber.

Uber remained confident in the self-driving cars, and the one involved in the crash was reportedly obeying the law when the accident happened.

Advocates of self-driving cars say that they can cut down on deadly traffic accidents by eliminating human error. But there have been accidents, including a fatality in Florida in May when a truck struck a speeding Tesla that was on autopilot.

An investigation found no safety-related defects with the autopilot system, but concluded that the driver may have had time to avert the crash if he had been paying closer attention.

San Francisco-based Uber has been dented by a series of bad news stories, including disclosures about a culture of sexism, cutthroat workplace tactics and covert use of law enforcement-evading software. A number of executives have left the company in recent weeks, including president Jeff Jones, as troubles have mounted.

Rude? No Uber for You