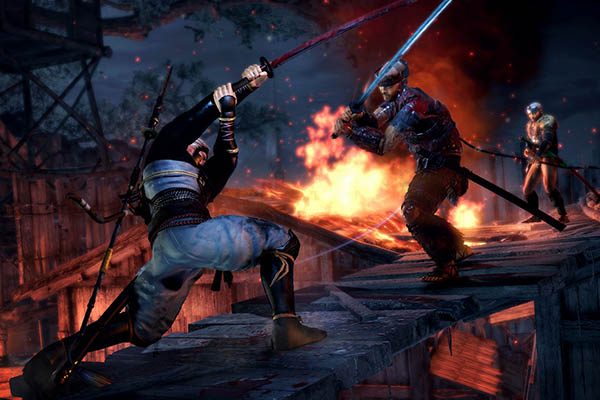 The more time a teenage spends on video gaming, the likelier he or she is to display sexist attitudes and gender stereotypes, a study of thousands of French gaming aficionados has found.

The study carried out by a team of French and U.S. researchers compared the time spent by 13,520 young people playing video games and their attitudes to women and gender roles. The results published on Friday in the Frontiers in Psychology journal suggest that increased exposure to video games is associated with higher levels of stereotyping and sexism among teenagers.

“Sexist representations saturate advertising, television and cinema. Video games are no exception,” Laurent Begue, co-author of the study from Grenoble Alps University, told AFP. “Content analysis has shown that women are under-represented in popular video games. They have passive roles, they are princesses who need to be saved or secondary, sexualized objects of conquest,” he added.

Although women are the main victims of stereotyping, men are also affected, being portrayed as “more active, armed and muscular.” According to the Entertainment Software Association, in 2014 almost half of video game players were female. Both boys and girls participated in the study (51 and 49 percent respectively), but results indicated that sexism was higher among males.

Playing time varied from one to 10 hours a day.

Researchers from Savoie Mont Blanc University in France and Iowa State University in the United States also collaborated in the project.

Previous experiments had shown that playing specific video games for a few minutes can reinforce sexist attitudes, but the new study is the first large-scale examination of the phenomenon among teenagers. The survey questioned teens aged between 11 to 19, living in the southeastern cities of Lyon and Grenoble.

Begue cautioned that despite the “statistically significant” link between sexism and video games, the influence of gaming on teenagers’ attitudes remains limited. Religious fervor was a greater determinant of sexism, the researchers noted. Television, on the other hand, had a smaller impact than video games.

Experts also worry that violent video games could negatively affect its users, triggering aggressive behavior. The scientific community remains divided over the controversial link between violent video games and aggression. Begue said it would be “unfair” to tar all video games with the sexism brush, saying the main offenders were the bestsellers.

He called on developers to avoid trapping characters into gender stereotypes. “And that is true for men, too!”