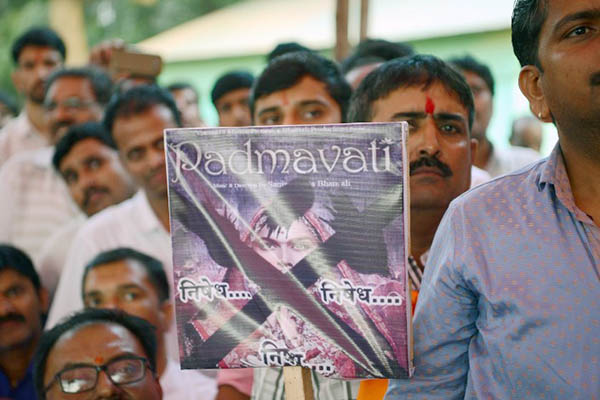 An Indian movie describing the events of a semi-mythical relationship between medieval Hindu Rajput princess Padmavati and Muslim king of Delhi Allauddin Khilji—climaxing in Padmavati taking her own life rather than submit to the king’s advances—has been shut down before its opening. Hindu extremists, so far killing people for cow-slaughter, have seen an insult offered to their faith in the movie without seeing it. India’s top actress, Deepika Padounke, has head-money of crores of Indian rupees for portraying the controversial role, and the producer is shaking in his tracks. Something sleeping under India’s constitutionally declared secularism is rising to surface. And it is scarier than Pakistan’s fanaticism.

Pakistan thought of becoming ideological from day one without knowing what that would mean. After 70 years, its Constitution has been distorted out of shape with provisions that hound the minorities for presumed “blasphemy” and threaten the economy with abolition of modern banking. And there are semi-literate, bearded men on the roads vowing to bring the government down. Is Islamabad doing anything to stop this beast arisen, not from the bloodthirsty Deobandi Islam whose proxy warriors fought the Afghan war, but the Barelvi sect that is supposed to be practice quietism? In the latest of their marauding exploits, illiterate and dirt-poor devotees of the sect have blocked the road between Rawalpindi and Islamabad and will not let even the sick pass to hospitals.

But the BJP’s Hindutva brigade in India doesn’t need a religious constitution to kill Muslims and Harijans. Their faith today is identical to that of the Muslims of Pakistan; only Pakistan began the journey in 1949 with its Objectives Resolution; and India’s constitution was written as a secular social contract by an untouchable scholar of great wisdom, B.R. Ambedkar. Today India doesn’t need to amend it to become like Pakistan; imitating Pakistan, the courts in India steadily allow change of the state’s identity. If you hate hard enough you become like someone you hate.

This short essay, regrettably, has more than its quota of errors. Though the tone of the Indian constitution is absolutely secular reflecting the dominant mainstream party, Congress, the term ‘ secular’ was incorporated into the Constitution long after Dr Ambedkar had passed away. The agitation is spearheaded by Rajputs cutting across the partylines including some Congress bigwigs, notably the Punjab CM. This is clearly not a Hindu vs Muslim issue. It is natural for the liberals in Pakistan to interpret these aberrations as a sign of India taking the road Pakistan had taken since its inception. They tend to underestimate the secular temperament of the average Indian. But, in the short-term, Indians will have to brace themselves to face the threat of Islamic radicalization ( a global phenomenon) and the backlash it evokes among the fringe elements in the Hindu community.