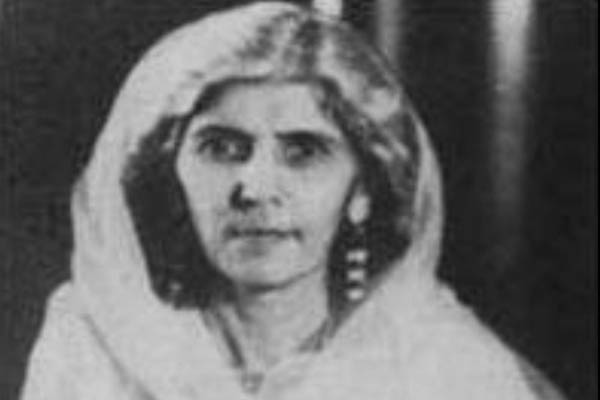 More than 50 years after her passing, mysteries abound over whether or not Jinnah died a natural death

July 9 marked the 53rd death anniversary of Fatima Jinnah. Despite more than a century having passed since she expired in Karachi, questions remain about the cause of her death: according to a report published in Urdu daily Nawa-e-Waqt on July 22, 2003, Sharifuddin Pirzada, a former attorney general of Pakistan and honorary secretary of Quaid-e-Azam Muhammad Ali Jinnah from 1941 to 1944, had alleged that Fatima Jinnah did not die a natural death in 1967, but was rather murdered by one of her servants.

In 1965, Jinnah had led the opposition against General Ayub Khan’s military regime and was seen as his most powerful electoral opponent in elections that were widely seen as rigged. The state’s heavy-handed tactics against her had even raised questions about her death in 1967: her lawyer and nephew, Akbar Pirbhai, arrived in Pakistan from Bombay to investigate the real cause of her death, but found little more than an official smokescreen to satisfy his concerns.

As with most unsolved mysteries, there are several versions that alternately support and negate the perception that Fatima Jinnah died a natural death.

According to a report published in daily Khabrain on July 22, 2003, a book published by Saira Hashmi had revealed that Jinnah had attended the wedding of Mir Laiq Ali’s daughter on the evening of July 8, 1967 and returned home alone. In the morning, Lady Hidayatullah, the wife of Sir Ghulam Hussain Hidayatullah, was called, got the house opened and found Miss Jinnah dead.

Even in death, Jinnah was not spared state interference. Despite being given two separate funeral prayers for all her well-wishers, Jinnah was barred from being buried near her brother’s mausoleum by the Karachi administration, which wanted her interred at the Ameer cemetery. However, public pressure won the day, and the administration provided a parcel of land 120 feet from the Quaid’s mausoleum for her grave.

Nawabzada Nasrullah Khan, a former leader of the Bangladeshi Awami League, was convinced Jinnah had been murdered. He alleged to Daily Pakistan that the then-inspector general of police had covered it up. He also claimed that former foreign secretary Mian Shaharyar Khan, whose mother was a friend of the Jinnah family, would know better the truth about Fatima Jinnah’s death.

Shaharyar Khan’s mother published her memoir, Abida Sultaan: Memoirs of a Rebel Princess, in 2003. In it, she claimed that when Jinnah died, the official cause was a heart attack but many said that she was murdered. Her diary of July 9 states: “I found Miss Jinnah lying surrounded with blocks of ice. There were blue patches on her face, mainly the left eye. There was some blood on the covering sheet but I could not detect whether it had come out from the ear, nose or mouth.”

The alleged conspiracy surrounding Jinnah’s death found support in Pakistan because authorities had censored her radio address after the death of her brother, suggesting strained ties between her and then prime minister Liaquat Ali Khan. Her confrontations with the state extended into the rule of Gen. Ayub Khan, whose son Gauhar Ayub took out a violent procession against her in 1964 ahead of elections in which it was expected that she would emerge victorious.

According to an interview former Punjab chief secretary S.K. Mehmood gave to Daily Pakistan in 2004, Liaquat Ali Khan had differed with then-governor general Jinnah after 1947 on the question of resettling refugees from India. Mehmood said the leadership had already agreed to a resettlement policy, and alleged that Liaquat Ali Khan wanted to carve out his own constituency in Karachi by giving refugees special attention. Pakistan’s first parliament, the Constituent Assembly, drew its support from constituencies that were mostly located in India and wanted to give them special attention in Pakistan. This created bad blood between Khan and Jinnah, resulting in the Quaid not receiving the care he required when he died en route from Balochistan to Karachi.

Another voice supporting the claim that Miss Jinnah was murdered is Muttahida Qaumi Movement founder Altaf Hussain. In a report published in Khabrain on Dec. 28, 2004, he claims he is aware of eyewitnesses to the murders of both Quaid-e-Azam and his sister, adding that he is ready to bring them out if their security is guaranteed. He claimed Fatima Jinnah had been poisoned during the wedding reception, and then killed when she returned home.

He went on to allege that her tongue had been yanked out of her mouth and accused the state of even harassing her in death by suggesting her house, Mohatta Palace, was sealed after her death, and her sister, Shirin Bai, dragged to the court at the age of 86 when she laid claim to the property.

Finally, lawyer Pirzada revealed to Nawa-e-Waqt that according to an inquiry report ordered by then-interior minister Qazi Fazlullah, the people who administered final rites to Fatima Jinnah’s body had found a 4-inch wide slash on her neck, which had been sewn up. There were also wounds on her body, he alleged, as he demanded that the report be made public. He also admitted that despite his work with the Quaid, Fatima Jinnah had not liked him at the time of her death because he had become the foreign minister of Gen. Ayub.

Narrating the events of 1967, Pirzada said he returned to Pakistan from the U.S. upon learning of Jinnah’s death. He said he met her nephew, Pirbhai, who had wanted an autopsy conducted, but was ignored by authorities. Pirbhai, said Pirzada, had also arranged a meeting with Gen. Ayub that had finally resulted in an inquiry into Jinnah’s death. Helmed by Qazi Fazlullah of Larkana, he said the inquiry report had long been available to both the federal and provincial governments.

Adding to the chorus claiming Miss Jinnah was murdered are the women who performed her last rites. According to Fatima Jinnah: Hayat aur Khidmat, a book published by Agha Hussain Hamdani of Islamabad University in 1978, one of them, Fatima Syed, claimed that when she started to bathe the body, she found a large wound on Jinnah’s neck, an injured knee and a swollen face that is usually the sign of a beating. Another woman, Fatima Baqi Bacho, claimed that she had found a hole in Jinnah’s stomach that was leaking an unexplained liquid.

The incumbent government has made much hay from issuing previously classified inquiry reports into controversial topics, including the recent revelation of the judicial inquiry into Karachi gangster Uzair Baloch. More than half a century after her death, it’s high time Pakistan learnt the true nature of Jinnah’s passing.