Home Latest News What U.S. Sanctions Against Iran Have Been Lifted?

What U.S. Sanctions Against Iran Have Been Lifted? 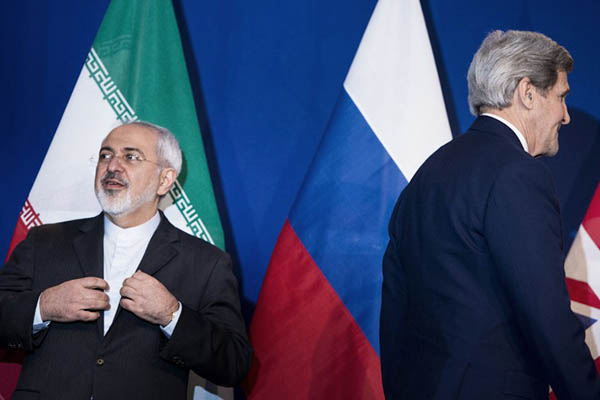 An outline of the economic sanctions cancelled and the ones that remain.

With Saturday’s formal implementation of the Iran nuclear deal, the United States lifted it economic sanctions imposed to dissuade Tehran from building a bomb. Other, separate sanctions designed to punish Iran’s alleged sponsorship of foreign militant groups and its ballistic missile program will remain.

But the nuclear sanctions—matched by similar European Union action—were the most serious brakes on the Iranian economy and their cancellation will be a boost to Iran’s reformist government.

With the adoption of the deal, the United States automatically drops its “secondary sanctions” banning non-Americans from certain trade and investment with Iran.

-Finance and banking-related sanctions, including on dealings with the Iranian central bank

-Sanctions on Iran’s trade in gold and other precious metals

-Sanctions on trade in graphite, raw or semi-finished metals such as aluminum and steel, coal and software for integrating industrial processes—where such items are not used in nuclear research banned under the deal

-Sanctions on associated services for each of the categories above

-The United States has removed 400 names of individuals, companies and entities from lists of sanctions evaders and those connected to the Iran nuclear program.

While U.S. companies will still be barred in many cases from directly doing business with Iran themselves, the deal allows trade in three specific areas

-U.S. companies will be allowed to export commercial aircraft and spare parts to Iran’s creaking fleet, as long as they are not used for military transport or activities banned under the nuclear pact.

-U.S.-owned or managed companies based abroad will be given a general permission to trade with Iran.

-Iranian producers will be permitted to export to the United States carpets and food, including pistachios and caviar.

With the dropping of the sanctions, Iran will be able to access tens of billions of dollars in its oil revenues blocked in foreign banks. U.S. officials estimate that after Iran has settled outstanding debts and bills, notably to China, they may be able to get their hands on $50 billion.