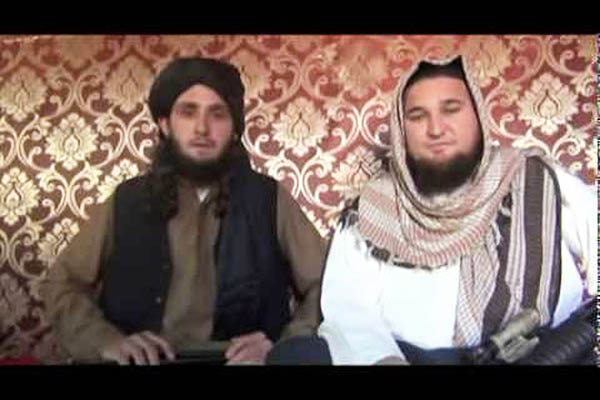 Central spokesman for umbrella grouping says they respect the Islamic State, but are followers of Mullah Omar.

A new bloc of the Pakistani Taliban has vowed to carry on the movement’s campaign of bombings and shootings, in the militants’ first video message since a major Army assault on their strongholds.

Senior commanders announced the creation of a new hardline grouping within the umbrella Tehreek-e-Taliban Pakistan (TTP) but insisted they were not splitting from the movement.

The video, posted online, showed around two-dozen Taliban cadres in an undisclosed location, announcing the creation of the new Jamaat-ul-Ahrar group, to be headed by Maulana Qasim Khorasani. A written statement at the end of the footage vowed to “continue our armed struggle for the enforcement of Islamic Shariah.”

Pakistan’s armed forces launched Operation Zarb-e-Azb in the country’s tribal areas in June, aiming to eradicate the Taliban militants that have made the territory their safe haven. The military claims it has crippled the militants’ command and control structure in the region.

“There were divisions and factions inside the movement and several commanders had broken their ways. This situation compelled us to from a new group,” Qari Shakil Ahmad Haqqani, a senior Taliban commander, said.

The militants insisted the latest move was not a split. “Let me make it very clear that we have not broken our ways from TTP,” Omar Khalid, who will head the new group’s intelligence wing, said. “We want to provide such a platform through which we can continue our jihad in Pakistan.”

A Taliban commander on Wednesday confirmed the new group to AFP but said it was not clear whether it would work against the TTP’s official leader Maulana Fazlullah or support him.

Jamaat-ul-Ahrar groups a number of TTP factions who rejected talks early this year aimed at reaching a peace deal with the government. The talks ultimately proved fruitless.

Khorasani was the head of a dissident group Ahrar-ul-Hind, which claimed several attacks during the talks process including one in an Islamabad court complex in March which killed 12 people, the first such strike in the capital since 2011. There was no mention in the video of Maulana Fazlullah, the official leader of the TTP believed to be hiding in eastern Afghanistan, hinting at a possible weakening of his power base in the movement.

“This is a sign of the shift away from Maulana Fazlullah,” said author and analyst Imtiaz Gul. “It is a further dent in their core.”

Saifullah Mehsud, an analyst at the Islamabad-based FATA research center said that while it was not clear that the new group was against Fazlullah, their failure to mention him was significant. “They did not say that Maulana Fazlullah was part of this group, so as long as they don’t say it … I would say that Fazlullah remains separate from them,” he said.

The militant grouping also denied media reports claiming it had been inspired by the Islamic State, which has occupied a large swathe of land in Iraq and Syria.

“After the formation of Tehreek-e-Taliban Jamaat-ul-Ahrar, people on social media and news anchors have spread information that it was inspired by ISIL,” said TTP spokesman Ihsanullah Ihsan in a statement issued to media. “We announce that we have no connection to any such news,” he added.