100 Textbooks Banned by Punjab Curriculum Board 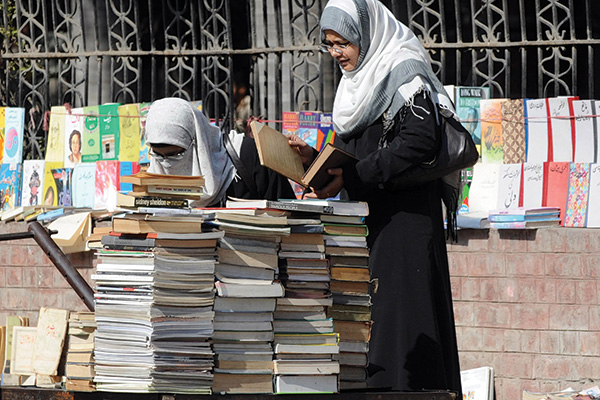 The Punjab Curriculum and Textbook Board (PCTB) has banned 100 textbooks that were deemed ‘blasphemous’ or ‘anti-Pakistan,’ Managing Director Rai Manzoor Hussain Nasir announced on Thursday.

Addressing a press conference in Lahore, he said that the organization had commenced review of 10,000 textbooks being taught in private schools across the province. He said that in the first phase, 100 books from 31 publishers—including globally renowned Oxford and Cambridge, Paragon Books and Link International Pakistan—had been banned for containing blasphemous, immoral and anti-Pakistan content.

Nasir said that the PCTB had formed 30 committees to inspect all the textbooks currently being taught in the province and criticized previous regimes for not checking what books were being taught to children private schools. Providing examples of some of the ‘offending’ content, the PCTB managing director claimed some of the books had distorted facts about Pakistan and its creation, and had not even contained the accurate birthdates of Quaid-e-Azam Muhammad Ali Jinnah and poet Muhammad Iqbal.

Similarly, he said that instead of citing sayings of the Quaid-e-Azam or other Pakistani historical figures, one of the books had carried sayings of Mahatma Gandhi. He also questioned why a book of Mathematics taught counting concepts using pictures of pigs, and accused Cambridge of trying to promote crime and violence among students by linking it to unemployment.

The PCTB managing director also claimed that some of the books had contained blasphemous content and wrong maps of Pakistan, including some showing Pakistan-administered Kashmir as a part of India.

Nasir warned that while 100 books had been immediately banned and their publishers directed to immediately stop publishing and selling them, the process was not yet over. He said district education authorities across Punjab would visit private schools after they reopened to check if these books were still being taught, adding that FIRs would be registered against publishers who violated the provisions of the Punjab Curriculum and Textbook Board Act 2015.

“We will conduct complete inspection of these books within six months and will not allow these books and material against Islam and Pakistan [to be taught],” he concluded.

The move drew scorn and indignation on social media, with citizens slamming the government’s move. Author Fatima Bhutto posted on Twitter that “only cowards unable to defend their ideas in the face of dissent or disagreement ban books.”