38 Dead from Earthquake, Floods in Afghanistan 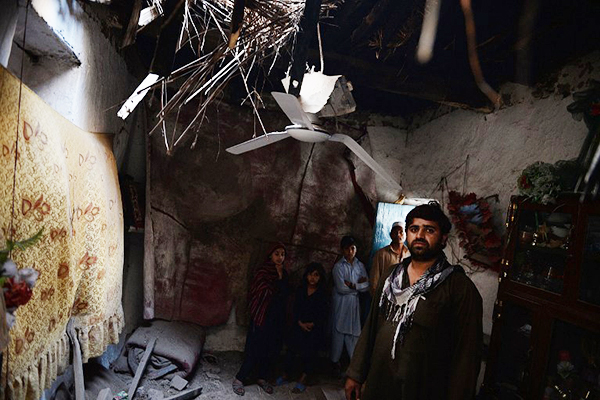 A powerful earthquake and flashfloods which struck Afghanistan this week killed at least 38 people and damaged hundreds of homes, the presidential palace said on Thursday.

Wednesday’s earthquake killed 17 and injured 126 in the eastern province of Nangarhar while 300 homes were damaged, a statement said. In neighboring Kunar province, one person was killed, four injured, and 45 homes damaged.

The continuing flashfloods in the northern province of Balkh have killed 20 and damaged 1,900 houses, it said. Floods had also cost lives and damaged property in Ghor and Baghlan provinces, the statement said without giving any figures. President Hamid Karzai has ordered emergency help for victims, it added.

The earthquake centered in Nangarhar caused widespread damage in some villages because most of the houses are built of mud. Provincial government spokesman Ahmad Zia Abdulzai put the death toll there at 16, but said it may rise.

The 5.6-magnitude earthquake, according to the U.S. Geological Survey, struck at 9:25 GMT at a depth of 62 kilometers. Its epicenter was 24 kilometers northwest of the Nangarhar provincial capital Jalalabad, near the Pakistani border, said USGS. Tremors were also felt in Pakistani cities, including Islamabad and Lahore.

At an emergency meeting Thursday, the private sector and relief agencies agreed to provide emergency aid and the central government also offered assistance, he said.

Mud-built homes were also no match for raging floodwaters in Balkh.

“The badly affected areas are impoverished villages where most of the homes are mud-built and can be easily damaged when floods come,” said provincial government spokesman Munir Ahmad Farhad on Wednesday.