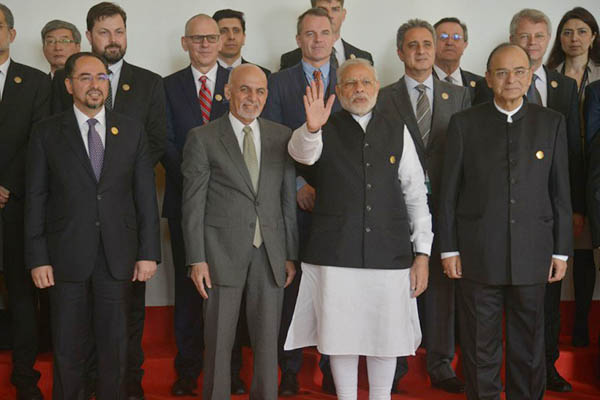 Comments at the Heart of Asia-Istanbul conference are yet another indicator of Pakistan’s growing international isolation.

The Heart of Asia-Istanbul conference on Afghanistan, held in Amritsar on Dec. 4, suffered a setback when the three central participant countries engaged in their usual jousting with Afghanistan and India ganging up to humiliate Pakistan by pointing to it as an impediment to peace.

The process began in 2011 with Afghanistan, Azerbaijan, China, India, Iran, Kazakhstan, Kyrgyzstan, Pakistan, Russia, Saudi Arabia, Tajikistan and Turkey as members, with the U.S. and U.K. and many other states participating as observers. Turkey hosted the first session in 2011, followed by Afghanistan in 2012, Kazakhstan in 2013, China in 2014, Pakistan in 2015, and India in 2016.

Since the latest Kashmir uprising began in July, India has been keeping Pakistan under pressure by shelling the Line of Control (LoC) in the disputed region. It had linked this policy to popular rage against Pakistan among the people now making ready to vote for the ruling Bharatiya Janata Party in Punjab and Uttar Pradesh. Afghanistan, gradually losing financial support from America and its allies, has hitched its wagon to India, which has invested in Afghanistan heavily to counter Pakistan’s neighborly muscle.

Pakistan’s isolation—highlighted by the October 2016 “Dawn leak” by journalist Cyril Almeida about the Army allegedly favoring terrorism—has been substantiated. America continually insists Pakistan arrest terrorists with head money, as India demands punitive action against militants accused of staging the 2008 Mumbai attacks, and Afghanistan maintains the Taliban are still sheltered by Islamabad. The message from Kabul is “hands off Afghanistan” and the message from New Delhi is “hands off Kashmir.” The world is inclined to believe that Pakistan is interfering across its eastern and western borders with covert warriors due to historical precedent.

The Heart of Asia-Istanbul conference has served to highlight Pakistan’s regional weakness—not a little emphasized by its chronic internal political instability. The root cause of this instability is the Pakistan Army’s deeply embedded anti-India worldview.