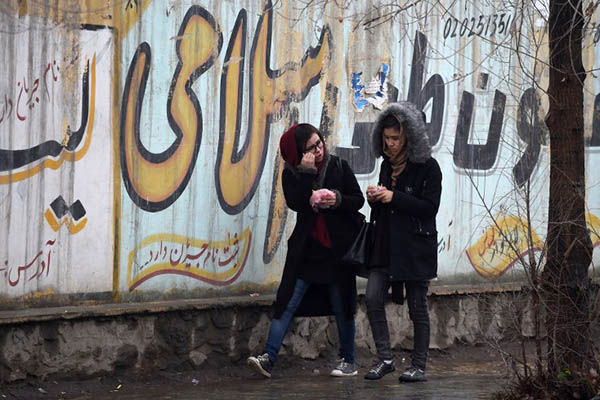 The rights of women constitute an “absolute red line” for the Afghan government in peace negotiations between the U.S. and the Taliban, Afghan Foreign Minister Salahuddin Rabbani said on Tuesday.

“There will be no restrictions on girls’ schooling—we shall not sacrifice what we have been building for 18 years,” Rabbani told Bild daily, voicing strong support for the peace talks in Qatar. “Negotiation is the only way to end this conflict and these problems,” he said. But he added: “Let’s be clear—when we talk of peace that does not mean we are giving in. This is not about re-establishing the Taliban regime in the country. If we have peace, stability and foreign investment in this country then people will not want to leave Afghanistan for Germany. They will stay put. That is why the peace process is so important.”

The Taliban are refusing to hold direct peace talks with President Ashraf Ghani, despite repeated U.S. demands that intra-Afghan dialogue should include the government. During the most recent session of the talks which ended on March 16 in Doha, U.S. envoy Zalmay Khalilzad said that “progress is being made” but that much remained to be done.

Rabbani told Bild that Germany, which has a military presence in Afghanistan, could host a third session of peace talks. “As the minister [German Foreign Minister Heiko Maas] said recently Germany is ready to welcome peace talks. The Afghan government appreciates that. When the moment comes we shall address ourselves to our German friends,” he said.

I hope that the majority of sane people in Afghanistan can successfully unite themselves to resist their vicious lawless minority which is bullying others and trying to drag their country into a primitive stage of human development.

Leave a Reply to I Ahmed Cancel Reply