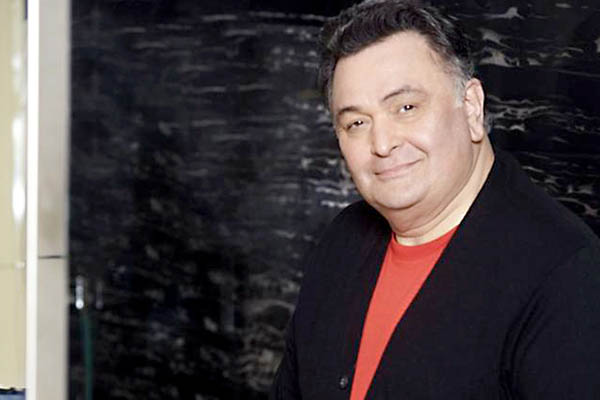 Indian actor Rishi Kapoor on Thursday morning died at hospital in Mumbai after a two-year battle with leukemia, his family confirmed to media. He was 67.

“Our dear Rishi Kapoor passed away peacefully at 8:45 a.m. in hospital today after a two-year battle with leukemia. The doctors and medical staff at the hospital said he kept them entertained to the last,” read a statement issued by the family to announce the silver screen legend’s passing.

“He remained jovial and determined to live to the fullest right through two years of treatment across two continents. Family, friends, food and films remained his focus and everyone who met him during this time was amazed at how he did not let his illness get the better of him,” it said. “He was grateful for the love of his fans that poured in from the world over. In his passing, they would all understand that he would like to be remembered with a smile and not with tears,” it added.

“In this hour of personal loss, we also recognize the world is going through a very difficult and troubled time. There are numerous restrictions around movement and gathering in public. We would like to request all his fans and well-wishers and friends of the family to please respect the laws that are in force,” it read. “He would not have it any other way.”

Kapoor was diagnosed with cancer in 2018, after which he traveled to New York and spent over a year there receiving treatment. He had returned to India earlier this year, but had again been hospitalized in New Delhi in early February.

Kapoor started his career as a child actor, appearing in his father, Raj Kapoor’s film Mera Naam Joker in 1970. Kapoor won a Filmfare Award, India’s equivalent to the Academy Awards, for his role in that movie. His first role as an adult was in the iconic Bobby (1973) opposite Dimple Kapadia. He also received a Filmfare Best Actor Award for that film.

Overall, Kapoor played the romantic lead in 92 films between 1973 and 2000, cementing his status as a heartthrob in Bollywood. In 2008, he was awarded the Filmfare Lifetime Achievement Award. He appeared opposite his wife Neetu Singh in 12 films.

Some of his most popular films include Amar Akbar Anthony, Laila Majnu, Rafoo Chakkar, Sargam, Karz, and Bol Radha Bol.

On March 19, as Pakistan started to report cases of the novel coronavirus, Kapoor had taken to Twitter to urge Prime Minister Imran Khan to take precautionary measures. “With all due respect, Pakistan Prime Minister Imran Khan should also advise his country to take adequate precautions. People of Pakistan are also dear to us. Once we were one. We are concerned too. This is a global crisis. No ego matter this. We love you guys. Humanity zindabad!”

As news of Kapoor’s death spread, it prompted an outpouring of grief and condolences. India Prime Minister Narendra Modi tweeted: “Multifaceted, endearing and lively…this was Rishi Kapoor Ji. He was a powerhouse of talent. I will always recall our interactions, even on social media. He was passionate about films and India’s progress. Anguished by his demise. Condolences to his family and fans. Om Shanti.”

Actor Akshay Kumar called the death a nightmare for Bollywood, which comes just a day after the death of actor Irrfan Khan. “It seems like we’re in the midst of a nightmare…just heard the depressing news of #RishiKapoor ji passing away, it’s heartbreaking. He was a legend, a great co-star and a good friend of the family. My thoughts and prayers with his family,” he tweeted.

Kapoor is survived by his wife Neetu, and their two children Riddhima and Ranbir, also a Bollywood star.