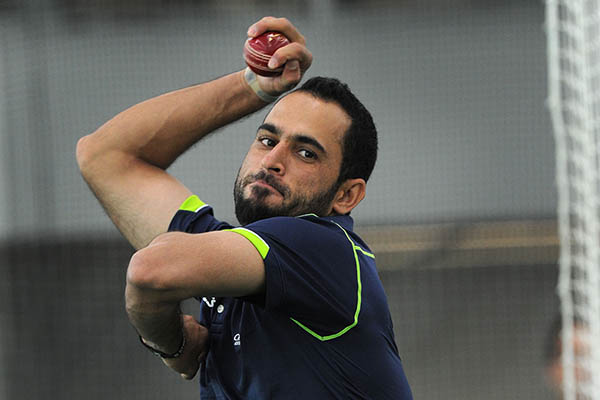 Pakistan-born cricketer Fawad Ahmed is now eligible to play in the Ashes tournament against England.

Leg-spinner Fawad Ahmed officially became an Australian citizen on Wednesday, the same day the first Ashes Test against England was to start.

The former refugee, 31, had his bid for citizenship accepted last week, making him eligible to play in the Ashes, and on Wednesday attended the “final protocol”—a citizenship ceremony in Melbourne.

“It is a great day for me and it has been a dream of mine to become a citizen of Australia ever since I arrived here at the beginning of 2010,” he said.

“Fawad Ahmed is a talented cricketer, but most of all he is a wonderful human being,” he said. “He has confronted many challenges along the way, so today is a day for celebration. We are incredibly happy for him.”

Ahmed returned from England in June where he was playing for Australia A after the Australian government moved amendments to the Citizenship Act through the upper house of Parliament to help fast-track his application. The legislation allows the immigration minister to apply shorter residential requirements on some citizenship applicants, such as elite athletes with the potential to represent Australia.

Ahmed has been named in the Australia A squad for a tour of Africa this month, despite also being in contention for the Ashes. The opening Test of the five-match Ashes series starts in Nottingham on Wednesday with Nathan Lyon the only spin bowler in Australia’s 16-man squad.