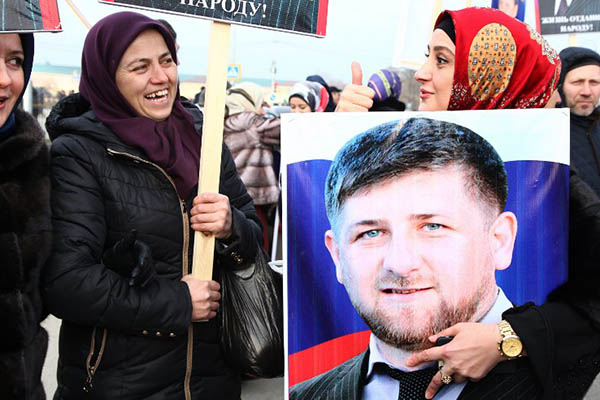 Ramzan Kadyrov says that while he will not legalize polygamy, the law need not apply to Muslims

Chechen strongman Ramzan Kadyrov on Tuesday said that men living in Russia’s predominantly Muslim region can take as many as four wives, even though polygamy is banned in the country.

Kadyrov, who has ruled Chechnya since 2004 and is a staunch supporter of President Vladimir Putin, told state television he was not preparing to legalize polygamy but that “for Muslims, I don’t need to give permission.”

“Allah gives permission to have four wives,” he said.

The Quran says that a man can marry up to four women, but only if he is able to treat them all justly. Polygamy has never completely disappeared from the North Caucasus region, even during the officially atheist Soviet era, he argued.

“Since forever, even during the harshest time of the Soviet Union, people would take a second, a third or even a fourth wife, and it’s impossible to ban us from doing this,” said Kadyrov. He stressed that he was referring to a religious Islamic marriage, not a legally valid one officiated over by a registrar.

“We aren’t saying: take four wives, so the man takes them to the registrar and makes it official… But according to our religion, she is a legal wife,” said Kadyrov.

Kadyrov reportedly has one wife. He has 12 children, two of them adopted, Russian news agencies reported. He has previously defended the practice of polygamy, arguing that as there are a greater number of women than men it gives more women the chance to have family life.

While Russia is a secular country, Kadyrov has been allowed to introduce Muslim customs in the region, where women are encouraged to wear headscarves in public.

On Tuesday, he criticized legal marriages as having a negative effect on family values. Secular marriage ceremonies by a registrar “are the first step by the law in order to destroy the family,” Kadyrov said. “So that a woman can feel that if the man is rich: right, now I’ll divorce him, take half his wealth and marry someone else.”

In return for helping the Kremlin battle Islamist insurgents in the North Caucasus, Kadyrov has been given a free hand and is accused by human rights groups of overseeing torture, extrajudicial executions and corruption.