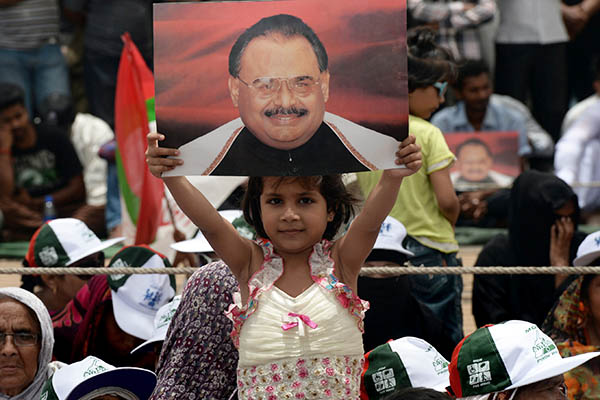 The MQM chief has been released to an unspecified date in July, pending further enquiries.

Police in London allowed bail for the exiled leader of the Muttahida Qaumi Movement (MQM) party after he was arrested on suspicion of money laundering, a police source said on Saturday.

Altaf Hussain was arrested at his suburban home in the British capital on Tuesday, prompting thousands of people to protest on the streets of Karachi, his party’s power base.

“The 60-year-old man arrested on Tuesday (June 3) on suspicion of money laundering has been released on police bail to a date in July pending further enquiries,” a police statement said. A police source indicated the man was Hussain. Police added that investigations in the case were continuing.

Hussain left Pakistan for Britain in 1992 after a military operation to end ethnic unrest in Karachi, gaining British citizenship in 2002. But he remains a highly influential figure in Karachi, Pakistan’s economic center and main port, wielding effective control over the city from his London home and addressing supporters using a loudspeaker linked to his telephone.

As well as major protests that included the torching of at least a dozen vehicles, his arrest prompted the Karachi Stock Exchange to plunge three percent while train services were also halted.

Hussain founded the MQM in 1984 in response to the marginalization of Mohajirs—migrants who fled India amid the violence of the subcontinent’s Partition. They are mainly concentrated in the cities of the southern Sindh province, especially Karachi where they form a majority of the city’s population of 20 million.

Hussain is revered by his fiercely loyal supporters while his critics accuse him of running his party as a violent, mafia-like organization. Following his arrest, he was allowed to attend a pre-arranged medical appointment on Tuesday and was kept in hospital until Thursday.

British police raided his London residence in 2012 and 2013 over money-laundering claims. Two other men were arrested over the allegations in December last year and have been bailed until September pending further investigations.