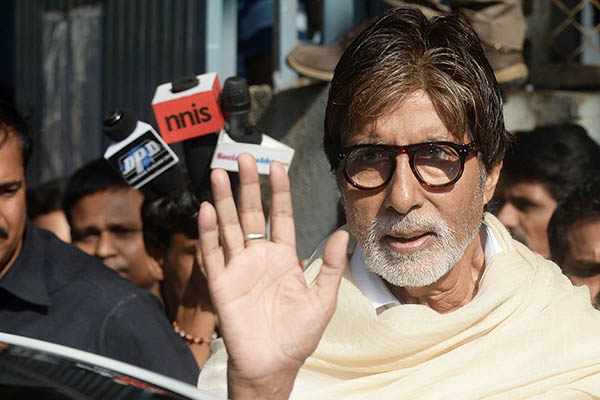 Bollywood actor Amitabh Bachchan has thanked former prime minister Chaudhry Shujaat Hussain for inviting him to visit Pakistan and assured the Pakistan Muslim League leader he will take him up on the offer if the opportunity arises.

“Thank you for your letter of March 21, 2014, and for your kind words expressed in it,” writes Bachchan in a letter dated April 18. Apologizing for the delayed response, the actor recalls his family’s roots in Pakistan. “My mother’s ancestral roots go back to Lyallpur now Faisalabad, where my mother was born and to Lahore Government College where she spent her educational life,” he says, adding that his grandfather had been a prominent lawyer in Karachi. “He was also in a Revenue Ministerial post for the erstwhile Punjab Government now in Pakistan,” he added.

The Bollywood legend also writes that he is thankful for the support and affection Pakistanis have extended him over the years. “I have very vivid and emotional memories of well wishers from Pakistan who prayed for my recovery during my injury on the sets of Coolie,” he says, noting that he has never found “sufficient words” to express his gratitude.

“I am most grateful to you for your kind invitation and shall most certainly keep this in mind whenever there is an opportunity to visit your country,” the letter concludes.

Last month, PML president Hussain had sent via actor Raza Murad a letter to Bachchan, inviting him to visit Pakistan as a personal guest and help eliminate tensions between the two countries.

I must thank Bacchan for his sentiments expressed in the letter by him. It is indeed a good gesture to accept the invitation of Ch. Shujaat Hussain the president of PML(N). We are equally grateful for his kind words for the admiration of the people.He has endeared himself and risen in our esteem.

He can certainly help in binding the two neighbors to live in peace and as friendly nations.