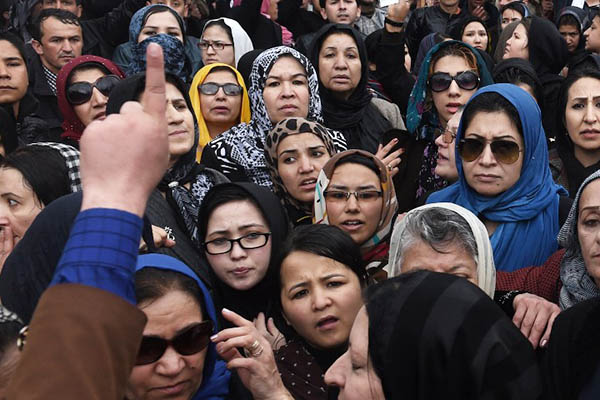 Afghanistan is turning its back on female activists and leaving them vulnerable to threats, assassinations and sexual assault, Amnesty International said Tuesday, urging the international community to preserve hard-won gains for women.

Female rights campaigners have been suffering a growing number of targeted car bombings, grenade attacks and killings of family members, the London-based organization said in a report entitled Their Lives On the Line.

“Laws meant to support them are poorly implemented, if at all, while the international community is doing far too little to ease their plight,” it said.

Most of the threats come from the Taliban and armed opposition groups, but government officials and local warlords also commit abuses against female activists, the report said. “Women human rights defenders from all walks of life have fought bravely for some significant gains over the past 14 years—many have even paid with their lives,” Amnesty International chief Salil Shetty told reporters in Kabul. “It’s outrageous that Afghan authorities are leaving them to fend for themselves, with their situation more dangerous than ever,” he said.

The report is based on interviews with more than 50 female activists and their relatives all around the country.

Since the fall of the Taliban in 2001 Afghan women have made significant advances in rights, with millions of girls attending schools and women holding government posts. But with the steady withdrawal of foreign forces and the Taliban insurgency still resilient, there are growing fears the gains will be lost.

“Afghanistan is facing an uncertain future, and is at arguably the most critical moment in its recent history. Now is not the time for international governments to walk away,” Shetty said.

Last month a mob in downtown Kabul lynched a 27-year old woman for allegedly burning the Quran. The mob then set her body ablaze and dumped it in Kabul River while several police officers looked on.