[dropcap]I[/dropcap]ts soldiers are fighting and dying. Its civilian population is being killed in wanton attacks by militants. Pakistan is at war. The enemy is inside the gates. And now a “100-year flood” has ravaged our land, rendered our poorest and hardest working people homeless and affected at least 17 million. The world is ready to help. But are we ready ourselves? 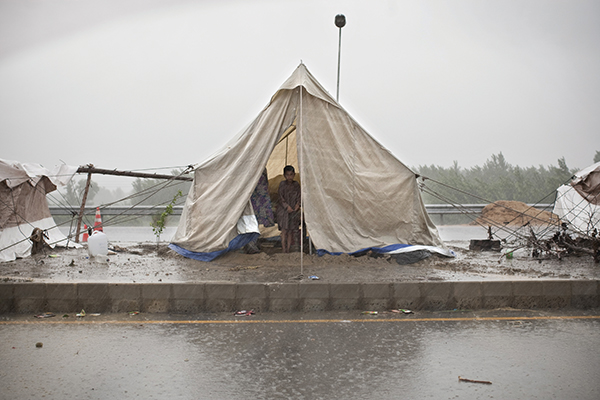 We do not seem to be operating on a war footing. At a time when we need serious discussion on national security, our government does not have a forum to discuss what needs to be done. We sacked national-security adviser Mahmud Durrani for admitting what turned out to be true: Mumbai attacker Ajmal Kasab is a Pakistani national. We threw the National Security Council out the window as well. Faced with a grand opportunity to form a national consensus, we are caught up in minor issues of dubious worth (e.g., should we be electing persons who have fake degrees?) and cloaking ourselves in paranoia about the whole world ganging up on us for different reasons.

Reading Pakistani newspapers and magazines or watching television talk shows, we seem to have a plethora of diagnoses, but not enough solutions.

With contretemps like Faisal Shahzad’s attempt to bomb New York’s Times Square (an episode that someone else may well try to repeat), we run the risk of getting caught up in short-term matters with our on-again, off-again “friend” the United States. It is time to look over the horizon. What kind of Pakistan are we imagining for ourselves, and our children and grandchildren? And who will guide us toward that goal?

Let us be clear, this is our war. Not America’s war. America, Saudi Arabia, China, and other friends will assist us best when we are ready to help ourselves. How?

• Reduce the federal cabinet to a manageable size by combining functions that need to focus on specific issues, e.g., bring the six ministries that deal with energy under one roof.

• Erect a “big tent” for a “war cabinet” of the most qualified persons, regardless of party affiliation. Instead of friends and relatives, elect senators from the technocratic civil and military elite. This will convince those who challenge the state that they face the entire population of Pakistan as their adversary. No stragglers or carpers permitted.

• Prepare to make effective and efficient use of foreign aid: the Kerry-Lugar-Berman Bill—now the U.S. Enhanced Partnership with Pakistan Act of 2009—for example, stands approved and the monies appropriated. And now the flood aid is mounting. More will come our way, if we can have transparent, consolidated, and coordinated project plans that would allow this money to be used rapidly and to good effect, without leaking all the way from Washington through Islamabad and the provincial capitals.

• Find ways to open our borders to trade with our neighbors on both sides, to build stability and growth on a foundation of peaceful borders. Let the business community take the lead and civil society will follow, to make sure that we get a “good deal” and do “not sell ourselves short”—always popular grievances.

• Retool and equip our forces, both the military and the police, to better fight the battle within. We cannot afford to lose more young lives in vain. Support their fight unequivocally.

• Unleash a wave of volunteerism and work for the public good to create a better educational and health system that will meet the needs of the disadvantaged. If we can spend millions on wedding extravaganzas, we should spend billions on education and health.

• Let our youth take the lead. When our median age is 18 years, they have more at stake in Pakistan’s future than the graybeards who have made a mess of things until now.

• When everyone participates in governance, the heavy hand of government can be reduced, useless rules and regulations can be lifted, and an enabling environment can be created for Pakistanis to meet their potential.

And if we do not act now—and fast—all the worst-case scenarios may happen. And the world will pass us by. We will then blame others, as is our wont, but we alone will be at fault. It is time to start to build Pakistan’s future now: 180 million Pakistanis can do the job.

Nawaz is director of the Atlantic Council’s South Asia Center in Washington, D.C., and author of Crossed Swords: Pakistan, its Army, and the Wars Within. From our Sept. 6, 2010, issue.