Home Latest News Army to Set Up Base in Swat

Army to Set Up Base in Swat 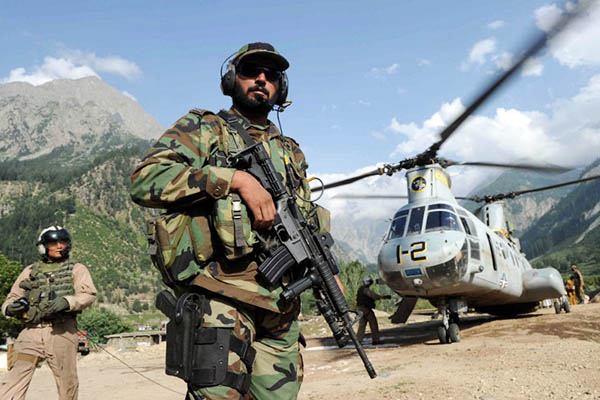 Prime Minister Nawaz Sharif on Wednesday announced the setting up of a permanent military base in the troubled Swat Valley where Taliban insurgents shot schoolgirl Malala Yousafzai in the head.

The scenic northwestern district slipped out of government control after Taliban fighters led by cleric Maulana Fazlullah, now chief of Tehreek-e-Taliban Pakistan (TTP), took control of the area in 2007 and waged a brutal campaign of beheadings, violence and multiple attacks on girls’ schools.

By July 2009 the Army declared the region back under their control, saying the rebels had all been killed, captured or fled, but more than 20,000 troops remained in Swat and adjacent districts.

“Prime Minister Nawaz Sharif has in principle approved and announced a brigade level cantonment for Swat and (adjacent) Malakand areas,” his office said in a statement, adding that the approval came during a visit to Swat. “The prime minister lauded the role played by the Army in bringing peace and stability to the area.”

Pakistan is the best country in the world.. if somebody say that Pakistan is nit good… so his full family will be bad……