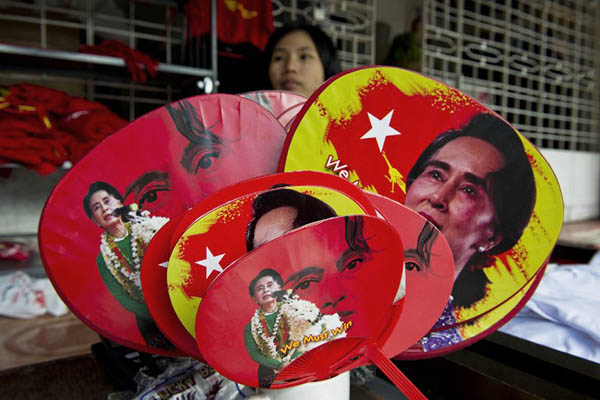 Suu Kyi’s National League for Democracy (NLD) looks set for a landslide win after Sunday’s nationwide polls, winning nearly 90 percent of the seats declared so far in the upper and lower houses of parliament. Myanmar’s Union Election Commission said that Suu Kyi had won her rural constituency seat of Kawhmu with 54,676 votes, as election results trickle in from across the country. It was not immediately clear what margin she had won by.

Leading members of the ruling, army-backed Union Solidarity and Development Party (USDP) have failed at the ballot box, with influential parliamentary speaker Shwe Mann and party chairman Htay Oo among party heavyweights who have lost their seats.

Suu Kyi, who spent a total of 15 years under house arrest in Yangon under military rule, entered parliament through a 2012 by-election in Kawhmu, a rural hamlet near Yangon, two years after her release. It was a frequent spot on her countrywide campaign trail in recent weeks and she received a rapturous welcome on returning to the constituency after casting her ballot in central Yangon on Sunday.

The Nobel Laureate’s supporters credit her with bringing new concrete roads, schools and clinics to the rural area where most people eke out a living from farming. Suu Kyi has showered Kawhmu with over $4 million in development aid from donors, disbursed by the Daw Khin Kyi Foundation—a charity set up in honor of her mother.

Later on Wednesday the opposition leader called for “national reconciliation” talks with Myanmar’s president and the nation’s powerful army chief, saying citizens had “expressed their will in the election.”