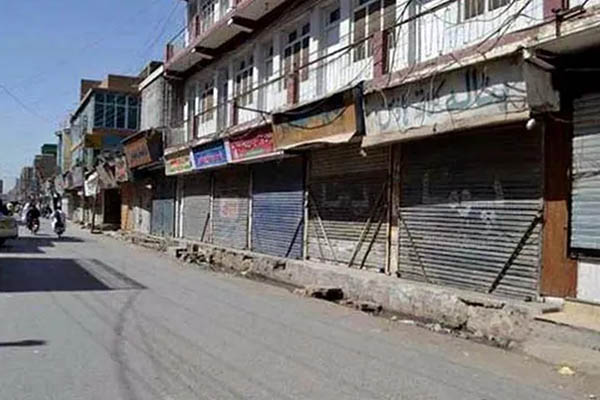 According to notification issued by provincial government, existing restrictions have been extended until June 30

The Balochistan government on Tuesday announced it was extending by 15 days ongoing movement restrictions under its “smart lockdown” policy, with a notification saying it would now end on June 30.

The notification issued by the provincial government states that in light of a surge in confirmed cases of the novel coronavirus, bans would continue on public gatherings of 10 or more people, sit-ins, processions and rallies. The government would also enforce mandatory face masks in public, it said, adding that tandoors, dairies, medical stores, blood banks and tailor shops would be allowed to remain open 24 hours a day.

Under the “smart lockdown,” all shopping malls, markets and shops would be allowed to remain open from 9 a.m. to 7 p.m. from Saturday to Thursday. All businesses would be under a strict lockdown every Friday, it added.

The province has allowed inter-provincial, inter-district and intra-city public transport to continue operations with SOPs, reads the Home Department notification, adding that violators would be punished under law.

Balochistan on Wednesday reported that its confirmed cases of coronavirus had climbed to 8,437, with 89 deaths and 3,023 recoveries. There are currently 5,325 active cases of the virus in the province.