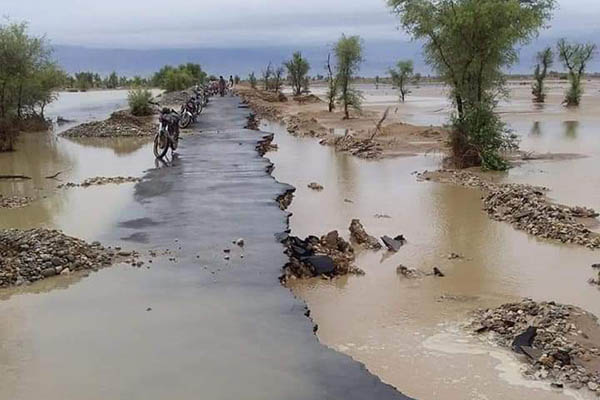 Provincial spokesman says thus far 8 people have died, and 17 others injured due to heavy rainfall and floods

The provincial government is striving to provide relief to all those suffering from flooding after heavy downpours in Balochistan, spokesman Liaquat Shahwani said on Monday.

Addressing a press conference in provincial capital Quetta, he said Rs. 350 million had already been released to the Provincial Disaster Management Authority to help it deal with the situation arising after the weekend’s heavy rainfall and subsequent flooding. The spokesman said that thus far 8 people had died due to various flooding-linked incidents across the province, adding that 17 others had been injured.

Shahwani said the Pakistan Army was collaborating with the district administration to ensure timely rescue and relief efforts in all affected areas.

Separately, the Pakistan Railways announced that it had launched a shuttle service between Quetta and Sibi to transport stranded travelers to their destinations after road services were suspended due to flooding in the Bolan area.

According to Radio Pakistan, the shuttle train transported 400 passengers from Sibi to Quetta on Sunday evening. It said that the service would continue until the road link between Quetta and Sibi could be restored.