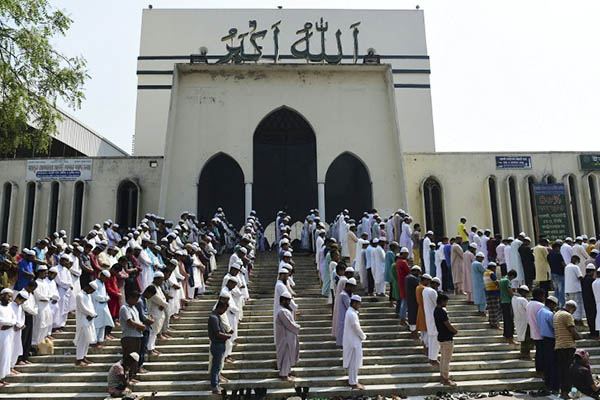 State-run Islamic Foundation has prepared a sermon for the national mosque that it has advised other mosques to follow.

Bangladesh on Friday moved to regulate weekly sermons in hundreds of thousands of mosques as part of a stepped-up campaign to combat Islamist extremism, officials said.

The move comes after the deadly attack in an upscale Dhaka café in which 20 hostages were brutally shot and hacked to death in the nation’s worst attack by suspected Islamist militants. Since then, authorities have shut down a television channel run by a controversial Indian preacher, and decided to monitor the social media and Friday sermons of local mosques in a bid to prevent radicalization.

As part of the drive, the state-run Islamic Foundation, which works as a watchdog for mosques and religious establishments, has prepared a sermon for the main national mosque which it has asked other mosques to follow. The sermon, which was published by the agency ahead of Friday’s prayers, invokes Quranic verses and traditions of Islam’s Prophet to rail against murderous extremism.

“Whoever kills a person unjustly, it is as though he has killed all mankind,” it said, citing a verse of the Quran. It also quoted Islam’s Prophet as saying the killing of a human being is the biggest sin and urged parents to take good care of their children so they cannot be “brainwashed.”

It was not clear how many of Bangladesh’s mosques, which are run by independent neighborhood lay committees, would follow the instructions. But a senior police official said local administrations, police and regional Islamic Foundation officials would “monitor” the sermons.

Foundation chief Shamim Mohammad Afzal told AFP that the sermon had been distributed to more than 300,000 mosques. “It is not mandatory but we hope the imams will follow our sermon or take their inspiration from it,” he said. “Our core message is there is no place for terrorism in Islam. We want to make sure our children cannot be brainwashed to commit an act of terrorism.”

Islamic parties, who have strongly denounced the café siege and a string of other recent attacks on minorities, have criticized the sermon regulation as “undesirable.”

“Long before the Foundation issued its instructions, our clerics have been vocal against terrorism,” said Mufti Faiz Ullah, secretary general of Islamic Oikya Jote, a faith-based party. Last month, just ahead of the café attack, a pro-government council of clerics issued a fatwa against violent Jihad, which was endorsed by more than 100,000 imams.